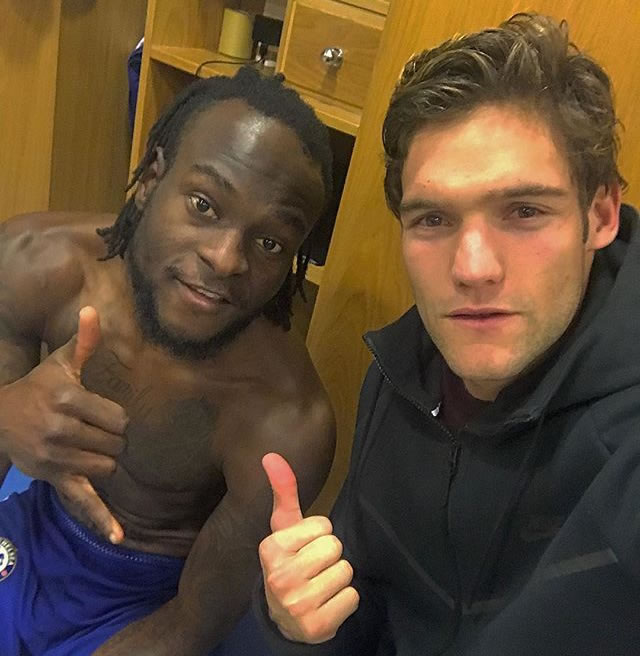 Marcos Alonso has taken to social media to issue his backing for Victor Moses after the Chelsea wing-back was nominated for the BBC African footballer of the year award.

Moses enjoyed a stellar breakthrough season at Chelsea under Antonio Conte last season as the Italian manager gave the Nigerian the chance to shine in his team.

The 26-year-old made the wing-back role his own at Stamford Bridge as he helped the west London side to win the Premier League title in Conte’s first campaign at the club.

Cesc Fabregas has already taken to social media to issue his backing for Moses as he looks to win the 2017 award.

And his Chelsea team-mate Alonso has followed suit by encouraging Blues fans to vote for Moses as the player of the year.

Alonso posted the picture above on his personal Instagram account and wrote the caption: “My wing man nominated for the best african footballer of the year! Vote for him NOW! #BEAST.”

Moses has been out of action in recent weeks with a serious hamstring injury, but the defender will be hoping to make his return in the coming weeks.

Chelsea return to Premier League action with a trip to West Brom on Saturday, but it remains to be seen whether Moses will return for that game.