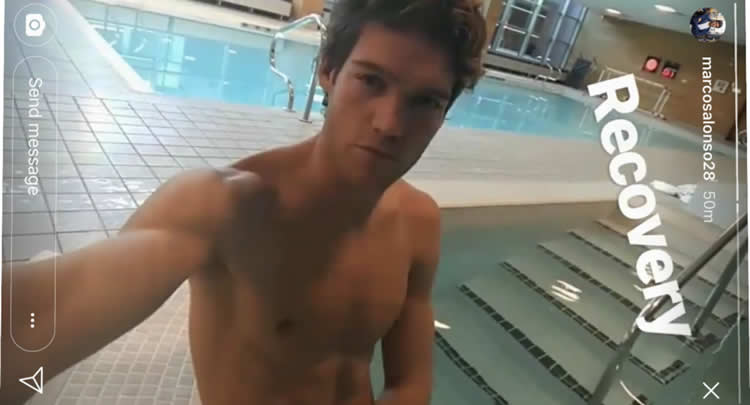 Marcos Alonso was in recovery mode on Sunday after he helped to fire Chelsea to a 4-0 victory over West Bromwich Albion in the Premier League on Saturday.

The Spanish defender scored for the Blues to add to Eden Hazard’s two goals and Alvaro Morata’s opener to hand Chelsea all three points against the Baggies.

The victory lifted Chelsea up into third place in the Premier League table but still left them nine points behind leaders Manchester City after 12 games of the season.

Alonso was straight back to Cobham on Sunday afternoon as he took part in a light recovery session following the impressive Premier League victory.

The full-back posted the picture above on his personal Instagram account as he got his body back into shape ahead of Wednesday’s trip to Qarabag in the Champions League.

Chelsea are aiming to book their place in the last 16 of Europe’s elite club competition.

The Blues will then switch their focus back to the small matter of their crunch Premier League clash with Liverpool at Anfield on Saturday afternoon.

Chelsea are aiming to retain their Premier League title this season after having won the trophy in style under Antonio Conte last term.