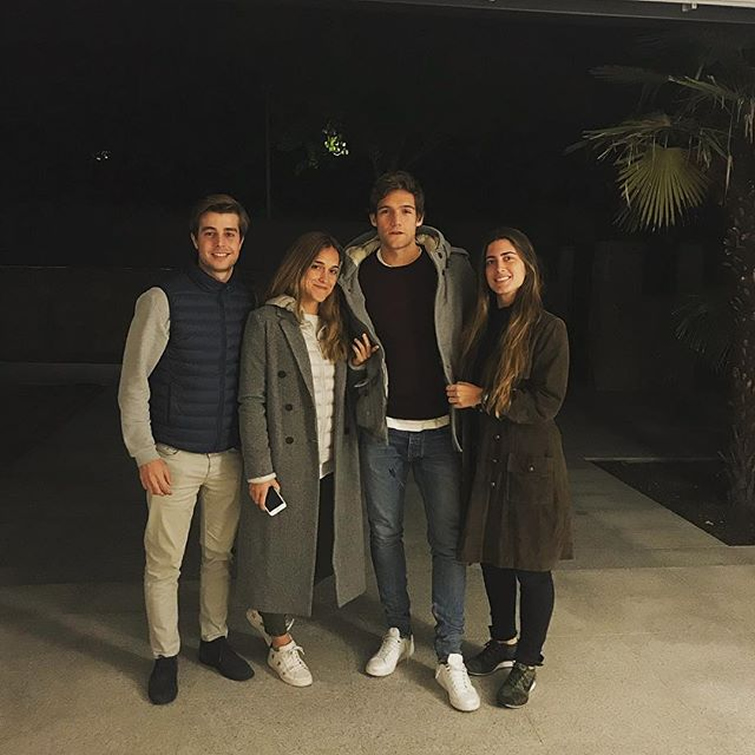 Marcos Alonso spent some downtime with his family as the defender recharged his batteries ahead of Chelsea’s trip to West Bromwich Albion this weekend.

The defender has been a regular fixture in the first team at Stamford Bridge this term and has scored two goals in 11 Premier League appearances for the Blues.

Alonso played for the full 90 minutes as Chelsea sealed a crucial 1-0 victory over Manchester United at Stamford Bridge before the international break as they moved to within just one point of Jose Mourinho’s side.

The 26-year-old has been enjoying some time away from football in recent days as he looks to recharge his batteries ahead of a hectic few months in the Premier League.

And the defender kept fans updated as he enjoyed some family time over the weekend.

Alonso and his Chelsea team-mates are currently preparing for their trip to The Hawthorns to face West Brom on Saturday.

The Blues clinched the Premier League title against the Baggies last season as they secured a 1-0 victory at The Hawthorns.

Chelsea are currently fourth in the Premier League table and nine points behind leaders Manchester City after 11 games.