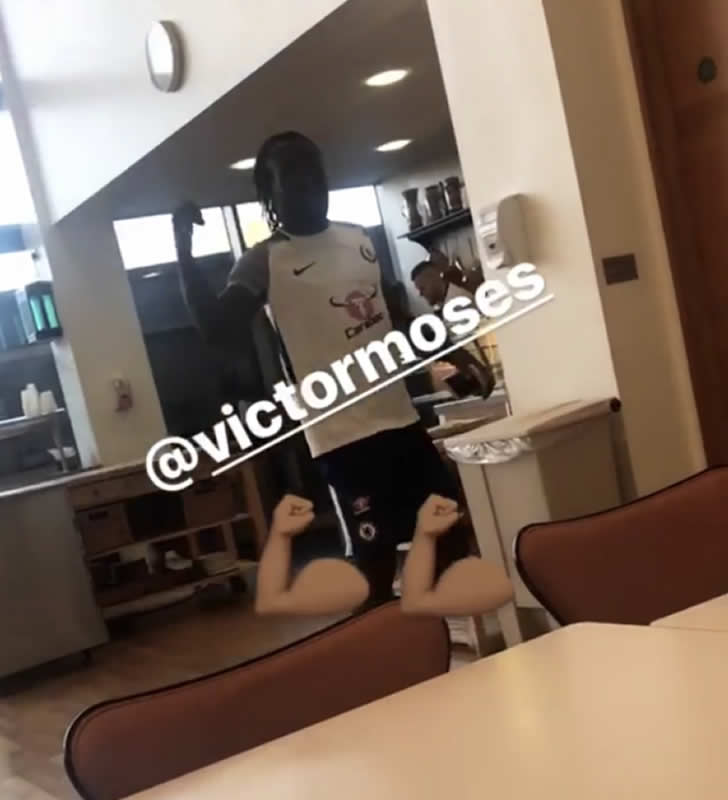 Tiemoue Bakayoko has taken to social media to reveal his delight at seeing Victor Moses closing in on a return to action for Chelsea.

The Nigeria international has been out of action since suffering a hamstring injury during the 2-1 loss to Crystal Palace at Selhurst Park earlier in the season.

However, Moses has been working hard on his fitness levels behind the scenes at Cobham and is now closing in on a return to action for Antonio Conte’s men.

The Chelsea manager confirmed that Moses should be fit to travel for the Blues’ Champions League clash against Qarabag on Wednesday night as he looks to make his return to the first team.

And Bakayoko seemed to be in high spirits as he snapped a picture of Moses at Cobham on Sunday ahead of the return of the Champions League this week.

Bakayoko posted the picture above on his personal Instagram story on Sunday afternoon.

That win lifted the Blues up into third place in the Premier League table but still left them nine points behind leaders Manchester City after 12 games.