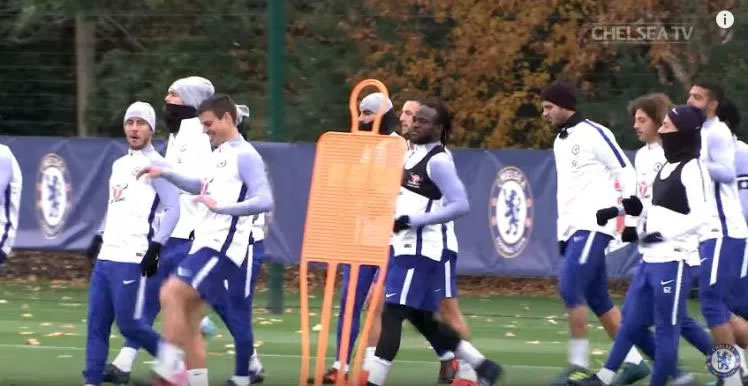 Victor Moses is back in full training for Chelsea ahead of their crunch clash against Liverpool FC in the Premier League on Saturday evening.

The Nigeria international has been out of action for a number of weeks after suffering a hamstring injury during the 2-1 defeat by Crystal Palace earlier in the season.

Moses has been working hard on his fitness levels as he bids to get himself back fit as quickly as possible for Antonio Conte’s men.

The wing-back did not travel with Chelsea’s squad to Azerbaijan for the Champions League 4-0 victory over Qarabag on Wednesday night as he continues to work his way back to full fitness.

However, it seems that Moses is now within touching distance of a return to action for Chelsea after he was pictured training with the rest of his first-team team-mates at Cobham in the lead-up to the Blues’ crunch Premier League clash against Liverpool FC on Saturday.

Chelsea ahead into their game against Liverpool FC in third place in the Premier League table and nine points behind leaders Manchester City.

The Blues are aiming to try and defend their Premier League title this season after they won it in style under Conte last term.