Photo: Willian sends message to his wife ahead of West Brom v Chelsea 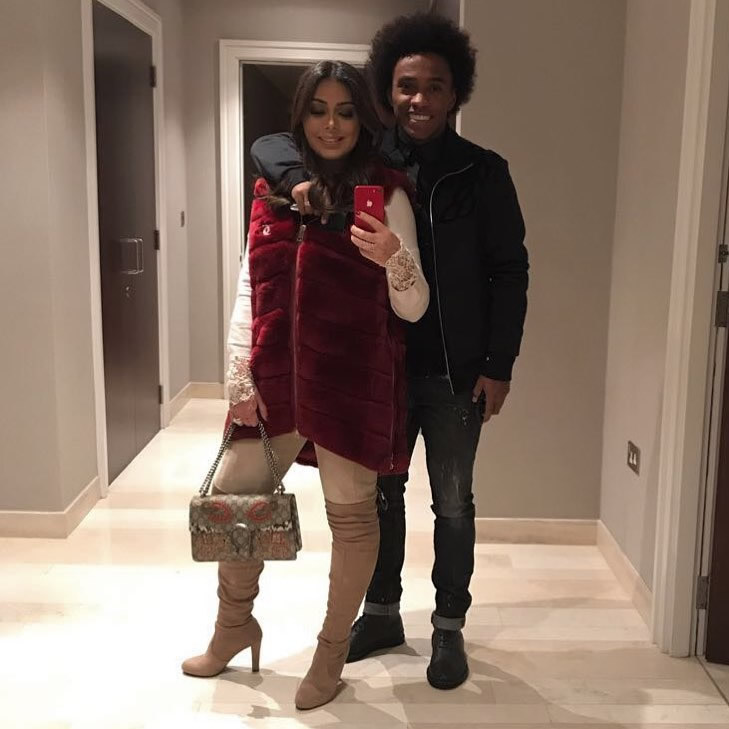 Willian has taken to social media to send a soppy message to his wife Vanessa Martins ahead of Chelsea’s return to Premier League action next weekend.

The Brazilian attacker will be hoping to feature for the Blues when Antonio Conte’s men make the trip to The Hawthorns on Saturday to take on Tony Pulis’ side.

The 29-year-old has struggled to hold down a regular spot in the first team at Stamford Bridge so far this season and has been limited to just six starts in the Premier League for Conte’s side.

He came on to play the final three minutes as Chelsea secured a 1-0 victory over Manchester United in the top flight at Stamford Bridge last weekend.

He will be hoping to have done enough to earn a starting spot for Chelsea when the Blues take on the Baggies next weekend.

And the Brazilian attacker seemed to be in a good mood as he enjoyed some downtime away from football with his wife Vanessa over the weekend.

He posted the picture above on his personal Instagram account and wrote the caption: “Te amo @vanmartins_ ❤️.”

Chelsea are aiming to defend their Premier League title this season after they won the title in Conte’s first campaign in charge last term.