Eden Hazard has taken to social media to poke fun at Manchester United’s man-marking tactics during Chelsea’s 1-0 win over the Red Devils at Stamford Bridge on Sunday afternoon.

Hazard did not find himself in much space during the Stamford Bridge clash as Manchester United’s defenders kept a close eye on the 26-year-old Belgian.

Still, the playmaker enjoyed a positive game for the Blues and helped Antonio Conte’s men to wrap up a vital victory over their title rivals.

Alvaro Morata scored the only goal of the game in the 55th minute in west London when he rose high to head home Cesar Azpilicueta’s cross.

Hazard played his part in helping the Blues claim victory, despite being tightly marked by the Red Devils.

And the Belgium international took to social media to mock the Red Devils’ tactics with a post on social media.

Hazard shared the picture above on his personal Instagram account from him walking his dogs on Monday and wrote the caption: “Today’s marking in my other day job was a little easier than against Man U! #cfc.”

Chelsea’s win left them in second place in the Premier League table and nine points behind leaders Manchester City.

Hazard will be expecting to feature for the Blues when Chelsea return to Premier League action after the international break with a trip to West Brom. 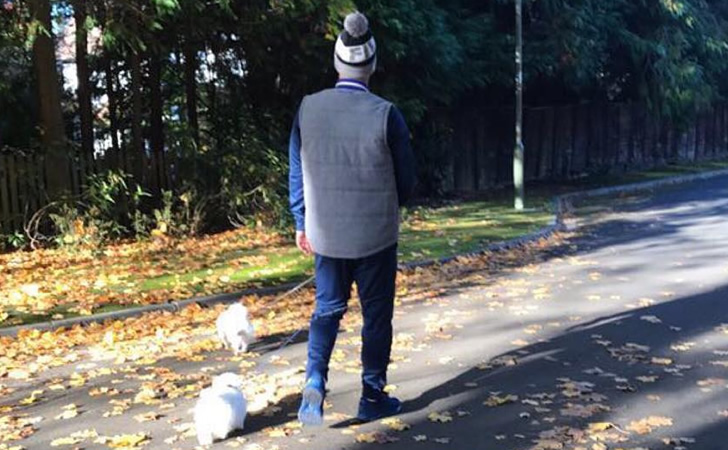