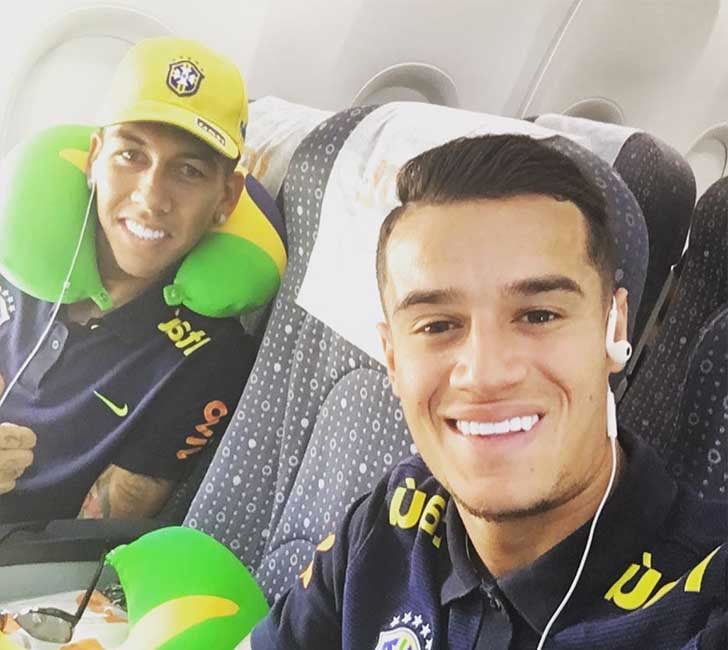 Philippe Coutinho has talked up Roberto Firmino’s influence on the Liverpool FC team ahead of their home clash against Chelsea at Anfield on Saturday evening.

The Brazilian forward ended his mini goal drought with two goals either side of Sadio Mane in the first half of Liverpool’s 3-3 draw with La Liga outfit Sevilla.

The South American forward has been used in a number nine role this season and has scored eight goals and made four assists in 17 appearances in all competitions.

Former Hoffenheim star Firmino has won over Liverpool FC supporters with his never-say-die attitude and willingness to close down from the front in Jurgen Klopp’s team.

Indeed, these traits have allowed the 26-year-old to keep Daniel Sturridge out of the starting line-up since Klopp took over the reins from Brendan Rodgers in 2015.

Coutinho and Firmino have forged a brilliant partnership over the past two and a half seasons.

And the Liverpool FC number 10 hailed Firmino as a key component for Klopp’s men.

“He’s a player who has won a great deal of respect from the other players in the team and in the country.

“On the field, he’s a very technical player and he’s got a lot of quality and that makes him another player who offers us a great deal.

“He always moves well without the ball. When it comes to defending, too, he’s always the first to put pressure on up top and so he’s a very important player for our team.”