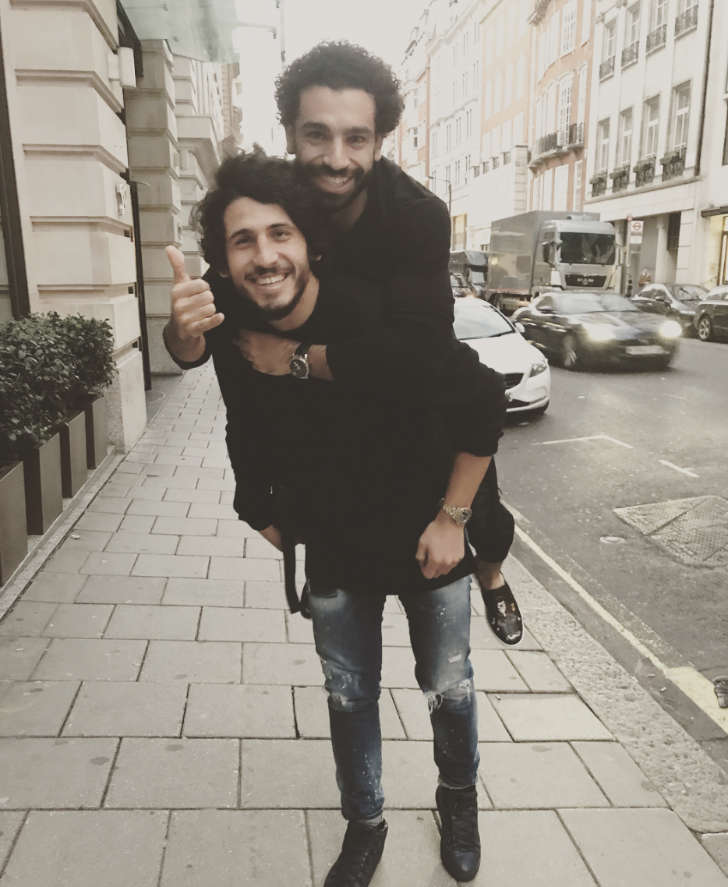 Mohamed Salah caught up with West Brom defender Ahmed Hegazy ahead of the return of the Premier League.

Liverpool signed the Egypt international in a £39m deal from Serie A giants AS Roma in the summer transfer window.

Salah endured a disappointing six-month spell at Chelsea in 2014 before loan spells at Fiorentina and Roma.

The African forward has scored 11 times in all competitions in his fledgling Liverpool career so far to make an impressive start to his Anfield career.

Hegazy moved to West Brom from Al Alhy in a loan deal in the 2017 summer transfer window to help bolster Tony Pulis’ defence.

The 26-year-old has proven a hit with the Baggies supporters after one goal in 11 appearances in the Premier League.

And Liverpool signing Salah caught up with Hegazi ahead of the return of the Premier League this weekend.

“Always happy when I see this man 😀😀”

Salah and his Liverpool team-mates will host Southampton in their Premier League game at Anfield on Saturday afternoon.

West Brom and Hegazy will host Salah’s former club Chelsea at The Hawthorns at the weekend.

Salah and Hegazy will go head-to-head at Anfield on 13 December.