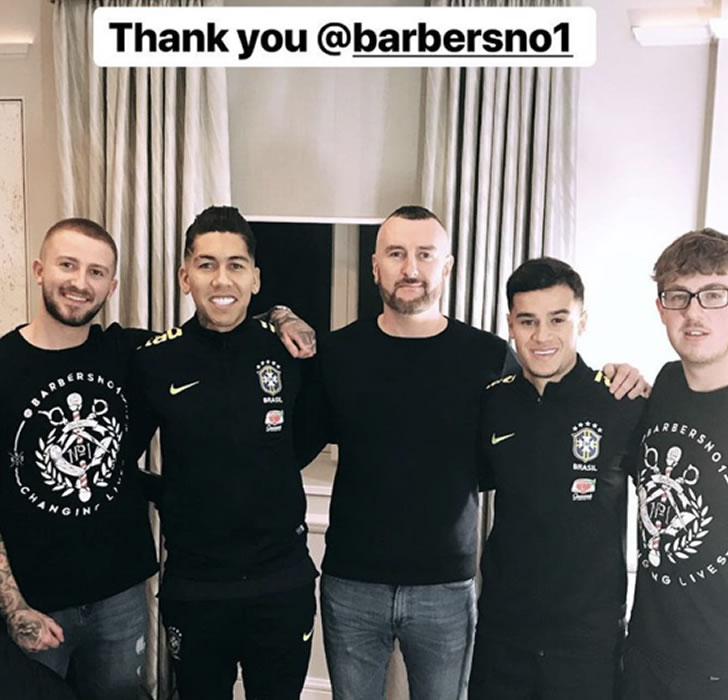 Philippe Coutinho and Roberto Firmino have made sure they’ll be looking sharp for the return of the Premier League as the pair got their hair cut together ahead of Liverpool’s home clash with Southampton next weekend.

The Reds head into their clash with the Saints looking to keep up their good form after have beaten West Ham United 4-1 before the international break.

Despite their recent upturn in form, the Reds have struggled to find consistent form this season, with the Merseyside outfit having already fallen 12 points behind leaders Manchester City in the Premier League table.

Coutinho missed the win over West Ham with a leg injury, but he should be fit to feature for the Reds when they take on the Saints this weekend.

And both Firmino and Coutinho showed off their new trims on social media ahead of the return of the Premier League this weekend.

Firmino posted the picture above on his personal Instagram story on Monday evening.

Liverpool are aiming to make progress under Jurgen Klopp this season and better their fourth placed finish in the Premier League last term.

The Reds are yet to win a trophy since Klopp’s appointment back in October 2015.