The Liverpool FC defender is all smiles with Barcelona midfielder Ivan Rakitic, who has been linked with Anfield move 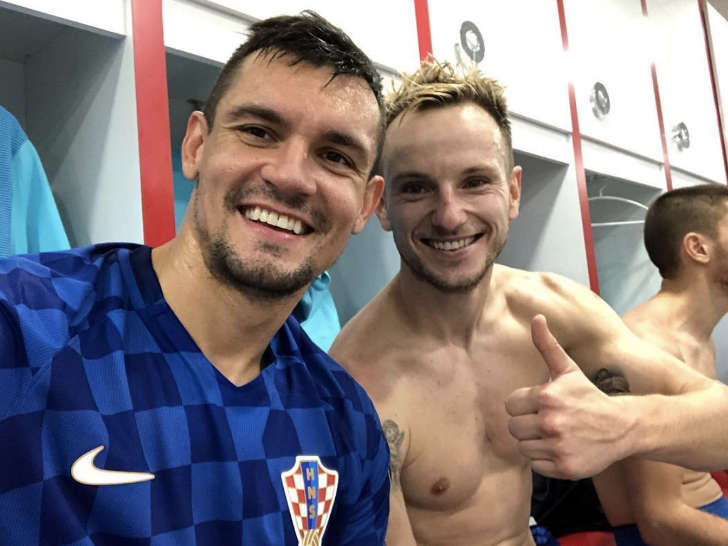 Dejan Lovren posed for a triumphant selfie with Ivan Rakitic after Croatia booked their place at the 2018 World Cup.

The Liverpool centre-half put his Premier League woes behind him during the international break to help the Croats secure their spot in Russia.

Lovren was substituted after 32 minutes of Liverpool’s 4-1 loss to Tottenham Hotspur at Wembley last month to raise questions about his future at Anfield.

The 28-year-old was included in Croatia’s squad for their World Cup playoff despite his poor form alongside rumoured Liverpool target Rakitic.

The Barcelona midfielder was linked with a move to Anfield as part of a deal that would see Philippe Coutinho complete a switch to the La Liga leaders.

Rakitic was linked with Liverpool in the summer transfer window but a deal failed to materialise.

And Liverpool fans will be hoping that Lovren was able to convince Rakitic to consider a switch to Anfield in the near future.

Lovren posted the above photo on his Instagram page after Croatia’s 4-1 aggregate win against Greece.

Liverpool signed Lovren in a £20m deal from Southampton in the 2014 summer transfer window.

The Reds are in fifth place in the Premier League table.