Adam Lallana appeared to declare himself fit for Liverpool’s home clash against his former club Southampton at Anfield on Saturday.

The England international hasn’t made a Premier League appearance this season following a spell on the sidelines due to a knee problem.

Lallana is facing increased competition for a starting spot given the impressive form of Liverpool summer signing Mohamed Salah.

The former Chelsea winger has scored 11 times in all competitions so far this season to make a blistering start to his Anfield career.

Even England international Alex Oxlade-Chamberlain has impressed in recent weeks with a goal in a 4-1 win at West Ham United last time out.

Lallana scored eight goals and made seven assists in 31 appearances in the Premier League last season to help Liverpool secure a top-four finish.

He moved to the 18-time English champions in a £25m deal from Southampton in the 2014 summer transfer window under Brendan Rodgers.

Lallana has become a firm favourite of Jurgen Klopp since the German’s appointment over 24 months ago.

And the Liverpool playmaker declared himself fit to face his former club at Anfield in the Premier League on Saturday afternoon.

Lallana posted the above photo and wrote the following caption: “Ready” 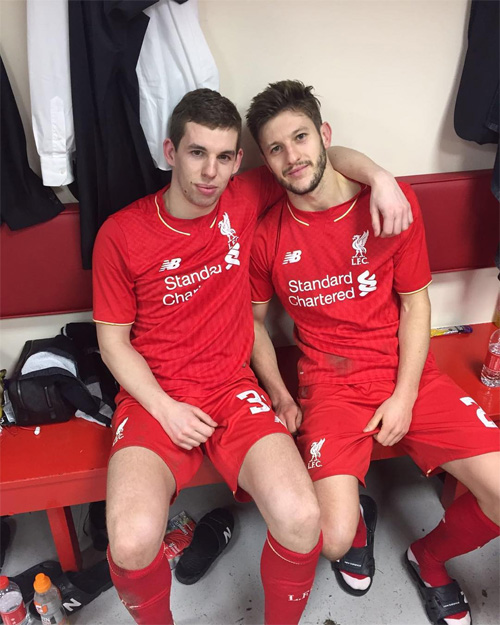