Photo: Herrera and Bailly all smiles ahead of Man United v Newcastle 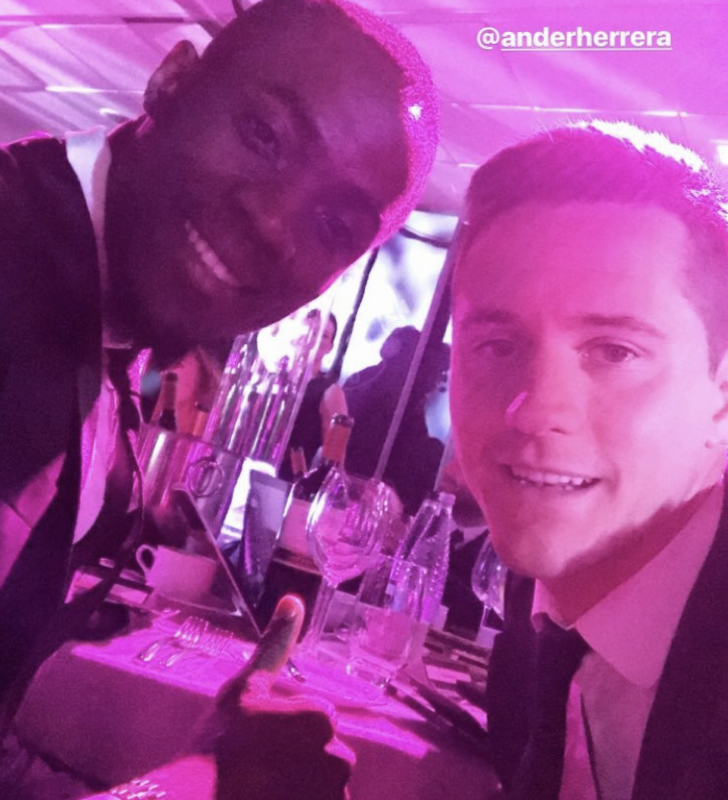 Ander Herrera and Eric Bailly both looked to be in good spirits as Manchester United prepare for their Premier League showdown with Newcastle at Old Trafford on Saturday.

The Red Devils head into the game looking to bounce back to winning ways after the disappointment of their 1-0 loss to Chelsea at Stamford Bridge before the international break.

Both Herrera and Bailly joined their Red Devils team-mates for the Unicef Gala Dinner at Old Trafford on Wednesday night to raise money for the children’s charity.

And the pair had time to pose for a selfie together durning the glitzy event on Wednesday night.

The Spanish midfielder has been enjoying some downtime away from football in recent days after he was not called up for international duty.

The Red Devils are looking to get their Premier League title bid back on track on Saturday as they currently find themselves eight points behind leaders Manchester City after 11 games of the new campaign.

Manchester United are aiming to win the Premier League trophy for the first time since Sir Alex Ferguson’s final campaign in charge at the club back in 2013.