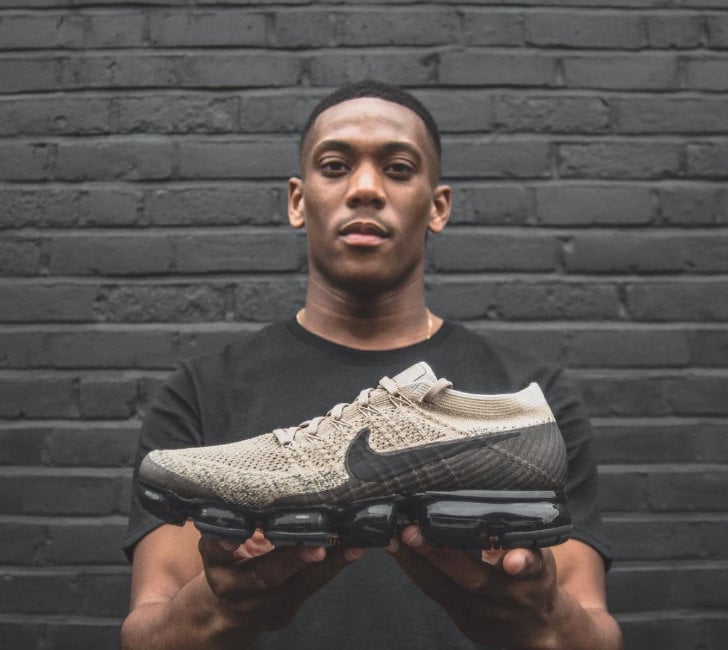 Andy Cole has advised Jose Mourinho to give Anthony Martial some more love to get the best out of the Manchester United striker.

The Red Devils forward has endured a checkered relationship with Manchester United boss Mourinho since the Portuguese coach’s appointment in May 2016.

Martial was used sparingly throughout the 2016-17 season to prompt transfer speculation linking the France striker with a potential move to Serie A.

However, the 21-year-old has made a promising start to the current campaign as he continues to battle with Marcus Rashford for a spot on the left wing.

Martial scored Manchester United’s equaliser in a 4-1 win against Newcastle United at Old Trafford on Saturday evening as he started alongside Rashford for the first time this term.

The France international has scored five goals and has made two assists in 11 appearances in the Premier League in the 2017-18 season so far.

“He’s had his ups and downs with the manager already but I think he just wants the arm around the shoulder – a bit of loving and you’ll definitely get the best out of him,” Cole told ESPN FC.

Martial moved to Manchester United in a £36m deal from Ligue 1 side AS Monaco in the 2015 summer transfer window.

The Red Devils forward scored 17 times in 49 games in all competitions during his first season at the club.