Photo: Man United’s forgotten man all smiles with his family 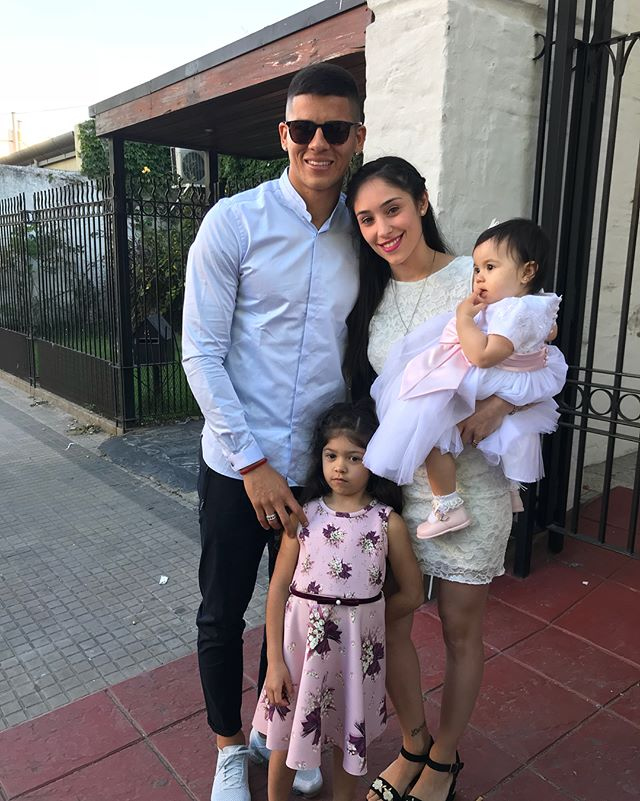 Marcos Rojo looks to be in good spirits as he closes in on a comeback for Manchester United.

The Argentina defender has not featured yet for Manchester United so far this season as he continues his recovery from a serious knee injury.

However, the 27-year-old is now believed to be towards the end of his recovery as he bids to make his return for Jose Mourinho’s men in the coming weeks.

Rojo will be hoping to prove his fitness for the Red Devils ahead of the hectic festive schedule in the Premier League.

The defender has been enjoying some family time during the international break, and he seemed in good spirits as he posed for a picture with his young family.

Rojo posted the picture above on his personal Instagram account and wrote the caption: “Thank you all for these days together see you soon !!!!!”

Manchester United return to Premier League action after the international break with a home clash against Newcastle United at Old Trafford next weekend.

The Red Devils head into the game looking to get back to winning ways after the disappointment of their 1-0 loss to Chelsea before the international break.

That result left Mourinho’s men in second place in the table and eight points behind leaders Manchester City after 11 games.