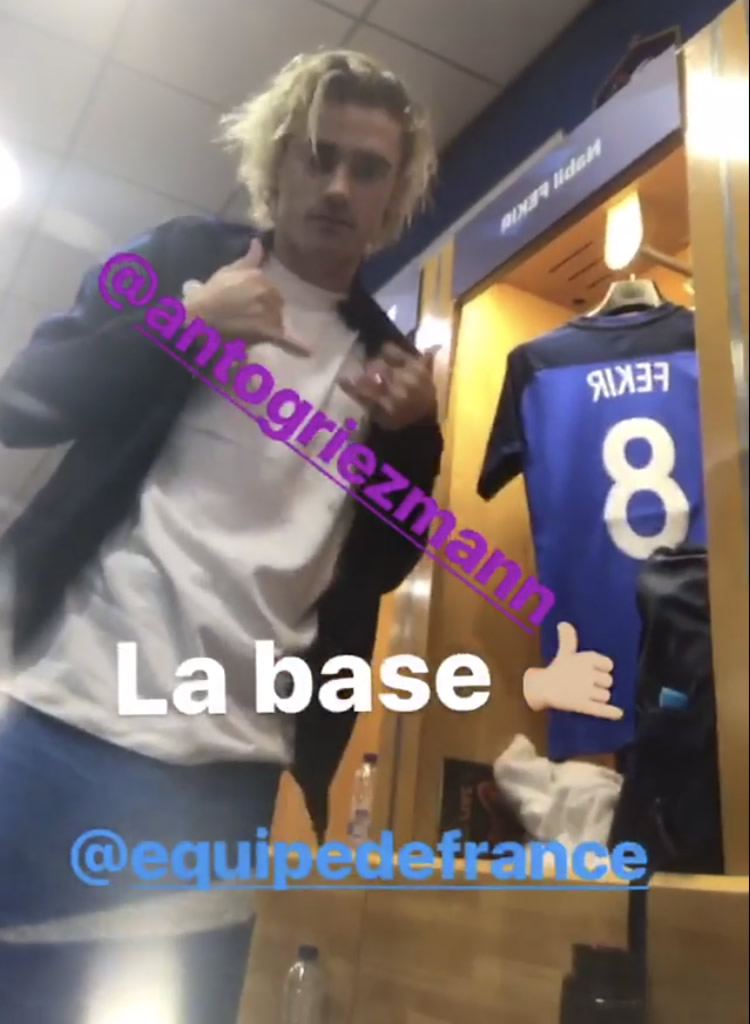 Paul Pogba looked to be in high spirits as he paid a visit to the France camp to catch up with reported Manchester United transfer target Antoine Griezmann.

The Manchester United star is currently recovering from a hamstring injury picked up back in September as he bids to get himself back fit for Jose Mourinho’s men as quickly as possible.

Pobga suffered the problem during the Champions League win over Basel at the start of the season and he has been stepping up his recovery in recent weeks at Manchester United’s Carrington training base.

The 24-year-old was off-duty on Friday night but he took the time to catch up with some of his France team-mates, including his close friend Griezmann.

And the Red Devils midfielder posted a video of the Atletico Madrid star on his personal Instagram story after France’s 2-0 win over Wales on Friday night, with Griezmann having scored the opening goal for the hosts.

Griezmann was heavily linked with a move to Manchester United in the summer transfer window after he rated his own chances of sealing a switch to Old Trafford.

However, a move failed to materialise after Atletico’s transfer ban which prevented the Spanish club from signing players until next year was upheld, and Griezmann opted to stay at the club.

There is bound to be fresh speculation linking Griezmann with a move to Manchester United as the January transfer window draws ever nearer.

Photo: Willian sends message to his wife ahead of West Brom v Chelsea