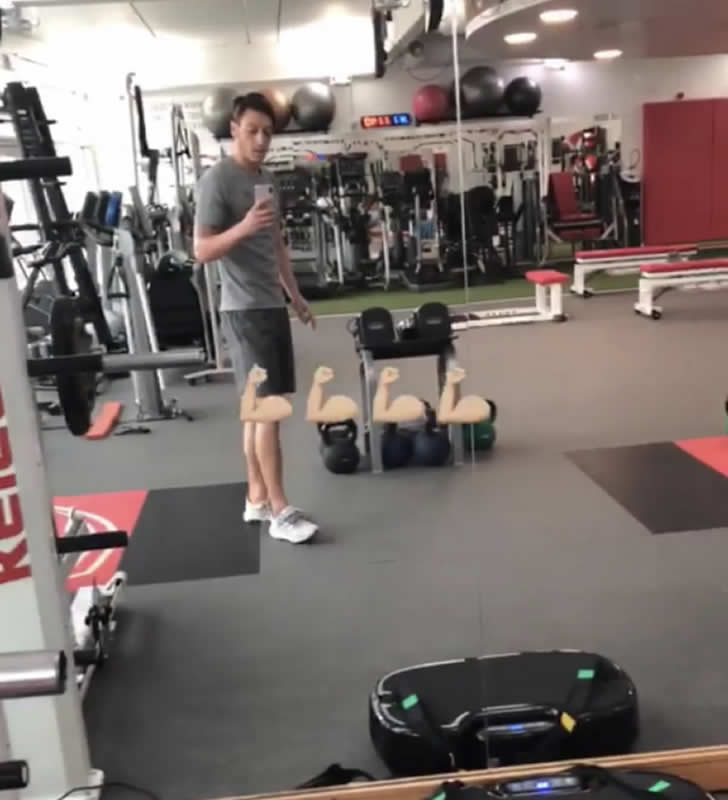 Mesut Ozil picked up where he left off on Sunday after helping to fire Arsenal to a 2-0 victory over Tottenham in the north London derby clash at The Emirates.

Ozil was named as the man of the match as the Germany international helped to inspire the Gunners to a comfortable victory over their bitter local rivals.

The 29-year-old midfielder provided the assist for Shkodran Mustafi’s opening goal and earned huge amounts of praise for his hard-working display for the Gunners against Spurs.

And Ozil clearly did not want to lose any momentum as he hit the gym at Arsenal’s London Colney training ground on Sunday, the day after the game.

Ozil posted the picture above on his personal Instagram story as he took part in a recovery session.

The Germany playmaker will be expecting to feature for Arsenal when the Gunners return to Premier League action next Sunday with a trip to Turf Moor to take on Burnley.

The Gunners head into that game in sixth place in the Premier League table and 12 points behind leaders Manchester City after 12 games of the new campaign.

Arsenal will return to Europa League action on Thursday evening with a trip to Germany to take on Cologne.