The newest and most innovative tournament in the ATP landscape, the #NextGen ATP Finals in Milan, gets under way next week 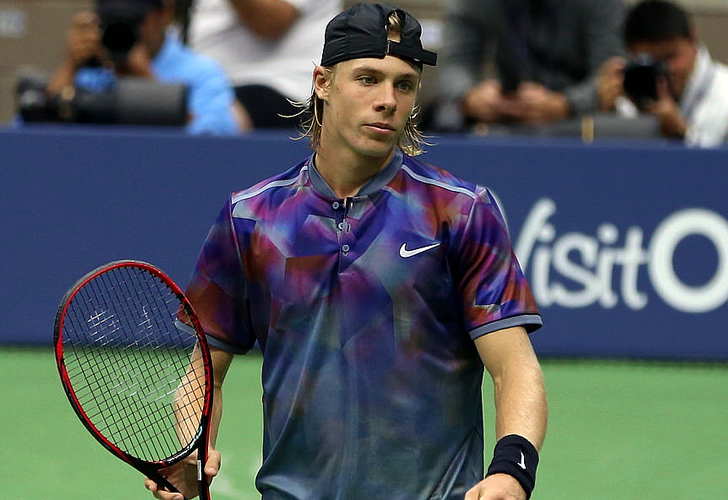 Denis Shapovalov is one of the players in action at the NextGen ATP Finals Photo: Marianne Bevis

The newest and most innovative tournament in the ATP landscape, the #NextGen ATP Finals in Milan, is not just about showcasing tennis’s best young players but also about enthusing the #NextGen of fans, too.

That, says ATP Chairman and President Chris Kermode on the ATP website, is what lies behind the fresh approaches being trialled at the debut playing of the event next week.

“The sports and entertainment landscape is changing rapidly, as are the ways in which fans are consuming our sport,” he said.

“We’ve created this new tournament precisely to allow us to look at some potential new elements in a high-profile environment.”

He goes on to flag up that some of the new ideas may eventually be carried forward into regular ATP events—but adds: “We remain acutely aware of the traditions in our sport and we will be sure to safeguard the integrity of our product.”

So just what will the best 21-and-under players face when they arrive in Milan?

After all, each one has already experienced main-tour competition from inside the top-50, has beaten top-10 opposition—two have even beaten one of this year’s two No1s—and most have pressed deep into Major draws. A few have won titles.

One of them, 20-year-old Alexander Zverev, is so integrated into the main tour that he has must bypass Milan to play the World Tour Finals in London. And even if Zverev had been able physically to play the both events consecutively, just how difficult would it be to switch to the new scoring, pace and environment after a lifetime of playing by the traditional rulebooks?

Because working to the rhythm of a stop-clock and Hawkeye—there will be no line-judges—playing more but shorter sets—with a tie-break at 3-3 rather than 6-6—and with no lets or ad scoring, will take some getting used to.

But that is what the new stars of tennis, Andrey Rublev, Karen Khachanov, Denis Shapovalov, Borna Coric, Jared Donaldson, Hyeon Chung and Daniil Medvedev, will have to do—albeit with the benefit of ending their season in Milan rather than switching back to ‘old school’ regulations.

To underline the ‘experimental’ nature of the format, there will be no ranking points on the line. However, the financial incentives will certainly be big enough to get the best out of each and every man, and so thoroughly trial the format in the white-heat of competition.

Try this: $50K participation fee; $30K for each a round-robin win (each plays three); $50K for fourth place and $75K for third place; $125K for runner-up; $225K for champion. If one man goes undefeated to the title, he will earn $390K, and that, for most of them, is equal to around half their winnings for the entire season.

Most of the participants have enthused about the event, praising in particular the ATP’s initiative in promoting the rising generation of players to a world-wide audience. But even the youngest of this year’s #NextGen graduates, 18-year-old Shapovalov, was cautious about how the new rules might play out in practice. In Prague, where he played by considerably less modified rules, he said:
“I think it’s going to be pretty cool. It’s always good to try new things out, and if you are, exhibitions like this are the best time to try… It’s going to be tough playing no ads, no lets, so rules we’re not really used to, it’s going to be a little bit different mentally—shorter sets—but I think it’s going to be a great event, and it’s going to be so much fun.”

It will be fun—and fast, and lively, and will certainly showcase the huge well of talent that is starting to rise to prominence in the sport: All good for tennis.

Some of the rules—no-let on serve, even a shot-clock—may well make it onto the main tour sooner rather than later. But whether innovations that tamper with the fundamental scoring system follow, well that remains more controversial.

The advance publicity says: “The rule changes, aimed at creating a high-tempo, cutting-edge, and TV-friendly product, are geared towards attracting new and younger fans into the sport, while at the same time retaining the sport’s traditional fan-base.” Judge for yourself.

Shorter sets: First to 4 games, with tie-break at 3-3, but matches best of 5 sets—designed to increase number of pivotal moments in a match, while playing same number of games, 12. No-ad scoring, no let on serve

Shot clock: used in between points to enforce 25-second rule, between sets, for medical time-outs and for warm-up.

Medical time-outs: one per player per match.

Player coaching: will be allowed at certain points in match (to be determined), though coaches not be allowed on court.

Crowd behaviour: free movement policy for crowd during matches (except behind the baselines).

Line calls: all to be determined by Hawkeye, so no on-court line judges

[NB NextGen No1 and No3 in ATP Race, Zverev, withdrew from Milan to focus on London—the youngest in 10 years to qualify for the prestigious season finale.]

NB: Was a lucky loser when he won five consecutive matches to win maiden title at Umag. He was youngest US Open quarter-finalist since Andy Roddick in 2001.

NB: Won first ATP title more than a year ago at Chengdu. Broke top 30 this August.

NB: 18-year-old is the youngest to play in the Milan tournament. He came through qualification to reach R4 in New York—7 straight matches.

NB: Reached two tour finals in 2016, Chennai and Marrakech, but had knee surgery at end of season.

For who plays when, see http://www.nextgenatpfinals.com/en/schedule