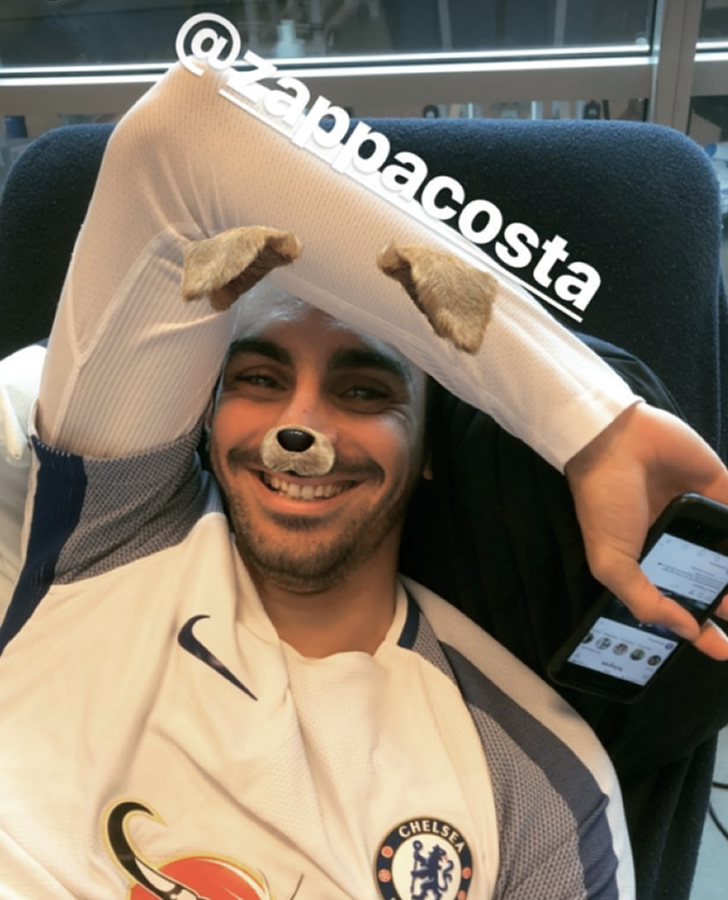 Alvaro Morata poked some fun at Davide Zappacosta at Chelsea’s Cobham training ground as the two summer signings continue to adapt to life at the west London club.

Zappacosta, meanwhile, arrived at Chelsea on transfer deadline day as Conte added to his full-back options.

The pair have been getting used to their new surroundings in recent weeks and it seems that they are clearly getting on well, if Morata’s latest social media activity is anything to go by.

Morata posted the picture above of Zappacosta at Cobham on his personal Instagram account’s story with some cheeky filters applied.

Chelsea are aiming to try and defend their Premier League title this season after they lifted the trophy in Conte’s first campaign at the club last term.

The Blues return to Premier League action after the international break with a trip to West Brom on Saturday 18 November.

They will also look to return to winning ways in the Champions League after their 3-0 loss to Roma last week when they take on Qarabag on 22 November.