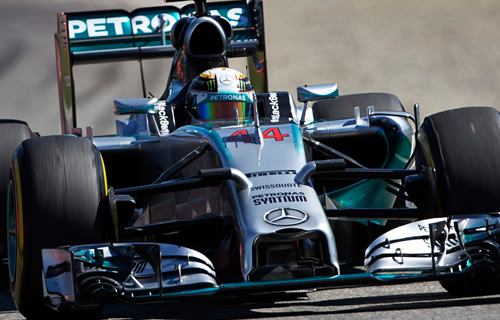 The 2016 BBC Sports Personality of the Year offered up an embarrassment of riches last year, with several multiple Olympic champions among the nominees for the title of most popular British sports person.

Indeed 13 of the 16 nominees had come back from Rio with Olympic or Paralympic gold medals—some, like Mo Farah, Sarah Storey and Jason Kenny, had more than one.

No surprise, then, that Sir Mo is among the field of 12 contenders for the award this year after claiming a third consecutive 10,000m gold in London, plus silver in the 5,000m. This is Farah’s sixth nomination in the last seven years, but his best result was third in 2011: He is surely a favourite to conclude his athletics careers with victory at last.

It is no surprise either that F1 World Champion Lewis Hamilton makes his fifth appearance on the list after a record-making season that saw him win his fourth World Championship title—making him GB’s most successful ever F1 driver. Hamilton won the BBC award in 2014 after being runner-up in 2007 and 2008.

However, the absence of high-profile multi- and international events has allowed other individual sports and their champions to win a deserved place in the 2017 spotlight.

In addition to Farah and Lewis, the remaining 10 are in contention.

· Johanna Konta, tennis; became first British woman to reach Wimbledon semis since Virginia Wade in 1978, won the Miami Premier—one of only four Premier Mandatory tournaments in the women’s calendar—and rose to No4 in the world.

· Adam Peaty, swimming; won two world titles in 50m and 100m breaststroke, and broke own world record twice in a day at World Aquatic Championships in Hungary. He now boasts the 10 fastest times in history in the 100m breaststroke.

The winner will be decided by public vote by phone of online during the live programme at the Echo Arena in Liverpool on 17 December.

The other seven awards

Overseas Sports Personality of the Year (voted by public online (UK only) by 8 December, and winner announced on BBC Sport website ahead of live show)

Young Sports Personality of the Year (top three, chosen by expert panel, will be announced on Blue Peter on 7 December)

Helen Rollason Award for outstanding achievement in the face of adversity