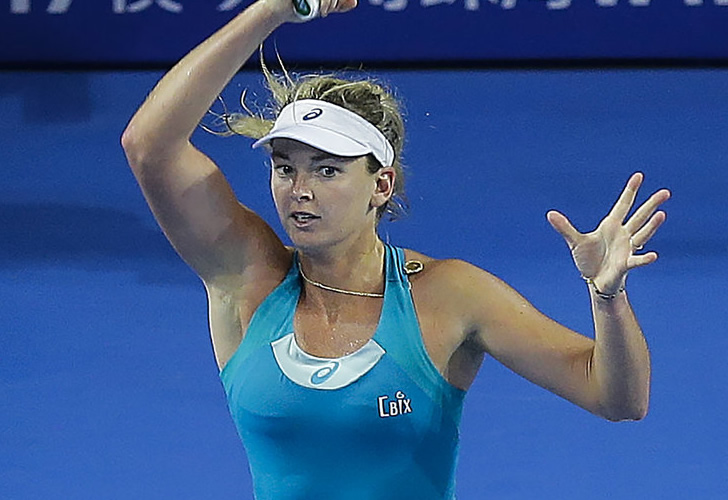 Germany’s Julia Goerges will take on American Coco Vandeweghe in the final of the Hengqin Life WTA Elite Trophy Zhuhai on Sunday.

Goerges scored a dominant 6-3, 6-3 win over Latvia’s Anastasija Sevastova before Vandeweghe ended the hopes of 21-year-old Australian Ashleigh Barty with a 6-3, 6-3 win.

Goerges is now on an eight-match winning streak having qualified for Zhuhai by taking the Kremlin Cup title two weeks’ ago. Until this week, however, Vandeweghe had not won a WTA main-tour match since reaching the quarter-finals of the US Open in September, and was the only semi-finalist without a 2017 title.

The American, however, is now into her second final of the year, having finished runner-up to Madison Keys at Stanford, and is assured of ending the year in the top 10 for the first time.

Goerges said of her win over Sevastova: “It was my best match of the week. I’m just very happy that I could put up this performance today… I think overall I was very patient, and when I had the chance, I really went for it. That it comes out that I’m in the finals, even better. I’m just trying to enjoy it tomorrow.”

Looking ahead to the final, she added: “I would say it probably helps me a bit to have played already a lot of finals this year and to just come from a tournament win.”

Goerges reached three finals in Mallorca, Bucharest and Washington before winning in Moscow.

“Every match starts from zero, and I know it’s going to be my last match of the season, so I’ll just put everything in and try to enjoy it, too, because it’s not happening every day that you’re gonna play a big final, especially at the end of the season.”

Vandeweghe explained that she felt at her most confident when she had plenty of matches under her belt: “I think my results through my whole career have always been early exits or I go deep in tournaments. I play better the more I play on the court. I like to compete. I feel more comfortable, more confident with my strokes. 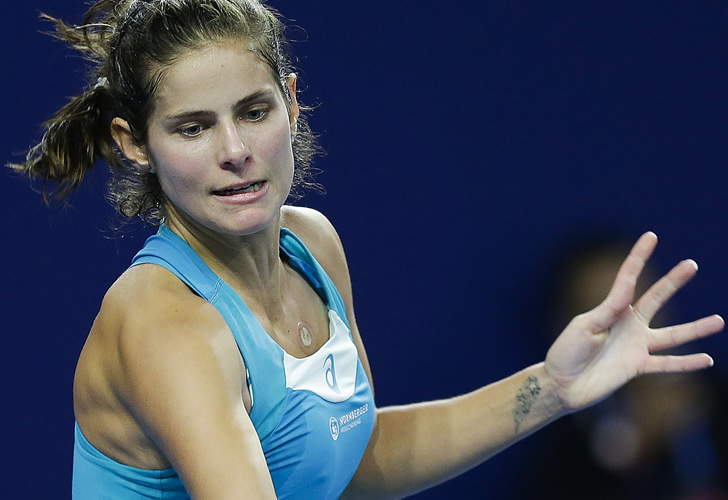 “You get out there and play a match and win it, and then you’re used to winning. Then you win the second one. It starts to steam-roll from there.

She went on: “I’m only playing tennis to enjoy myself. I like to have fun with what I do. Hopefully I’ll have a good showing tomorrow in the final.”

Her run to the final, then, bodes well for US hopes later this month, because after Zhuhai, she is due to travel to Minsk to be part of Team USA at the 2017 Fed Cup final against Belarus.

First, however, is her big Zhuhai push. Goerges and Vandeweghe have played each other four times before, and split their matches, 2-2. In their last, in the Fed Cup early this year, Goerges was forced to retire in the second set, and Vandeweghe won their only other hard-court match, but that was back in 2010.

In between, the German won both clay-court contests, and she has yet to drop a set in Zhuhai—the American lost the opening set against Shuai Peng in the round robins—so this fifth meeting could be a very close call.

One thing is for sure: there will be some big-strike tennis between the last two standing on the WTA’s main-tour programme this year.