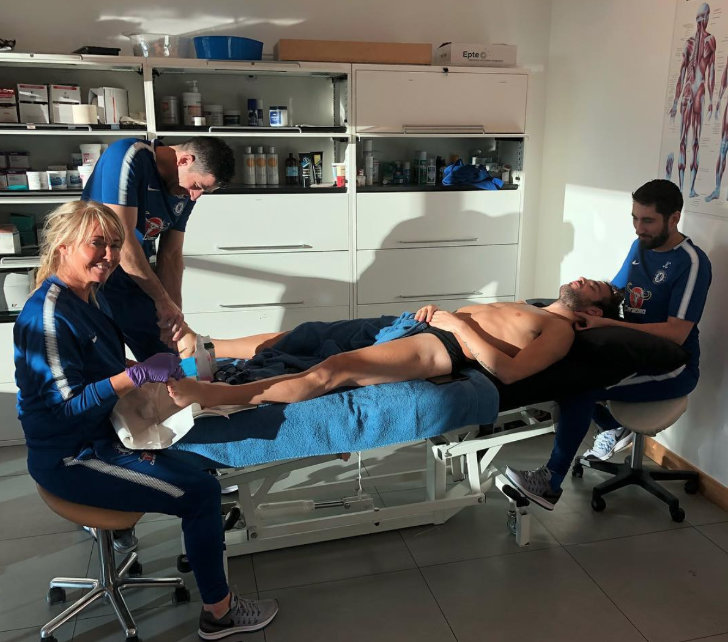 Cesc Fabregas has shed some light on his recovery ritual ahead of Chelsea’s home clash against Newcastle United at Stamford Bridge on Saturday afternoon.

The Spain international helped the defending champions to secure a 1-0 win against Welsh side Swansea City at Stamford Bridge on Wednesday night to extend their unbeaten run to five games.

Fabregas was restored to the Chelsea side for the visit of Paul Clement’s men after the former Barcelona midfielder dropped to the bench for last weekend’s 1-1 draw with fifth-placed Liverpool FC at Anfield.

The 30-year-old midfielder has scored one goal and has made three assists in 13 appearances in the Premier League this term after establishing himself as a first-team regular under Antonio Conte.

Fabregas is looking to win his third Premier League title in four seasons at Stamford Bridge but Chelsea are in third place and 11 points behind current leaders Manchester City with 24 games to play.

And the Chelsea midfielder posted the above photo of his fitness team as the experienced Premier League star enjoyed some first-class treatment on the phsyio table.

Fabregas wrote the following caption on the social media website: