The highs and lows of January spending

The mid-season transfer window is almost upon us in the Premier League. What can we expect to see from the top clubs?

The January transfer window is one of the most maligned aspects of modern football, perceived as an embodiment of the rising greed in the game and the perfect time for impulsive decisions that breed short-termism.

However, like most elements of football, if applied correctly it can provide much-needed reinvigoration for a struggling side or the boost required to propel a side into a title race. Good business is good business irrespective of when it is completed, so perhaps the stigma around the January transfer window has been unfairly created as a result of some misguided signings.

Arguably there are no January signings in the Premier League that have been more misguided than Liverpool’s spending of £35m on Andy Carroll. This was back in 2011 where £35m should have signed you a world-class performer, whereas it won’t be long until leading Championship players will be commanding fees of that value.

Big and English, Carroll had the raw attributes to be a handful for defences and the heritage to preempt any requirements for homegrown players. However, Liverpool never really adapted to his style of play. It probably wasn’t the wisest use of 70 per cent of the transfer fee that Liverpool received for Fernando Torres.

This brings us nicely on to another of the poorest uses of the January window, although this signing at least can be justified. Torres was one of the leading strikers in the league, so who can blame Chelsea for forking out £50m to bring him to Stamford Bridge.

Torres may have been profligate for the most part in front of goal, but he paid back most of that transfer fee when he gave the sporting world that bizarre outburst from Gary Neville. Liverpool have been involved in three of the most notable January transfers, with Luis Suarez bringing bite and guile to their attack in 2011.

A snip at £22.5m from Ajax, the capture of the Uruguayan would have made for a successful window for Liverpool had they not gone and spoilt it all by doing something stupid like spending £35m on Carroll a few hours later.

Suarez was undeniably a fantastic signing, but he only scored four goals in his debut half-season to help Liverpool convert a mid-table start into a sixth-placed finish. But good business is good business; is there such thing as a well-timed January signing?

All the business in the world by the title contenders seems unlikely to derail Manchester City’s imperious start, but there are finer margins at the foot of the table. Those looking for football tips might expect West Ham’s fortunes to change, with the London club currently at odds of 9/10 to be relegated as a result of a shaky start.

But new manager David Moyes will surely have money to spend in January, and he will be looking to prove doubters wrong by sealing some exciting signings to avoid the drop. 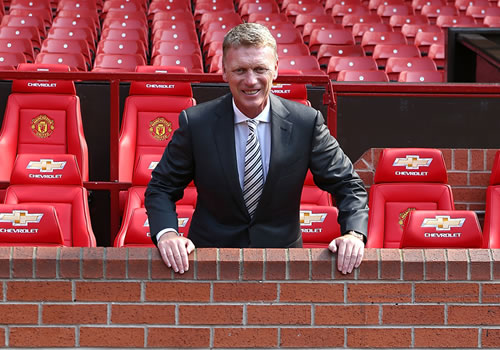 There is no point hiring a new manager before the busy festive period if he will not be backed in the January transfer window, so the likes of Moyes, Alan Pardew and Sam Allardyce will be able to use their experience to presumably sign players that they have worked with before in the hope of putting their stamp on the dressing room.

Christophe Dugarry is the most iconic example of a January signing turning the tide, the decorated Frenchman arriving at a Birmingham side in turmoil to score five goals in four matches that guided the Blues to survival.

In 2015, Jermain Defoe arrived at perennial strugglers Sunderland to secure their top-flight status for another season, with his goal in the Tyne-Wear derby a fillip in terms of points and morale. Gary Cahill’s arrival at Bolton is a more unheralded January signing, but his defensive nous calmed a struggling side and established the centre-back’s reputation as an exciting English prospect.

This will give hope to Moyes and other beleaguered managers that January can turn fortunes around.

Moyes will be emboldened by the knowledge that he can’t make the mistake of spending £35m on Andy Carroll; he’s already got him at West Ham.

Can Man United reignite the title race by beating Man City on Sunday?