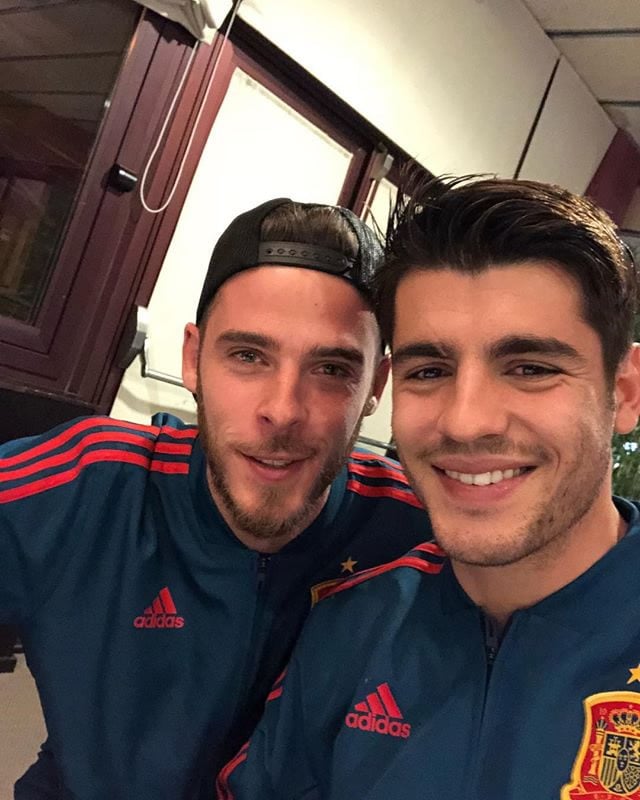 David De Gea named his double save to deny Alexandre Lacazette and then Alexis Sanchez as his favourite moment of Manchester United’s 3-1 win at Arsenal on Saturday evening.

The north London outfit welcomed Jose Mourinho’s side to the Emirates Stadium in search of a 14th successive home win in the Premier League.

Ecuador international Antonio Valencia made the breakthrough in the fourth minute before Jesse Lingard extended the visitors’ lead in the 11th minute in north London.

While Arsenal struggled at the back, the Gunners played some impressive attacking football but couldn’t find a way past De Gea in the final 34 minutes of the first half.

Lingard restored Manchester United two-goal cushion after De Gea denied Lacazette his second goal of the game before keeping out Sanchez’s attempt on the follow-up.

In fact, the former Atletico Madrid goalkeeper made a record-equalling 14 saves to ensure Manchester United secured three points at The Emirates.

Speaking to Manchester United’s website about his favourite save on a record afternoon for the Spain international, De Gea said:

“Probably the double save when we were winning 2-1 [in the second half].

“I think that was the most important save but, like I said, the full team defended very well and fought for the three points.”

Manchester United are in second place in the Premier League table.