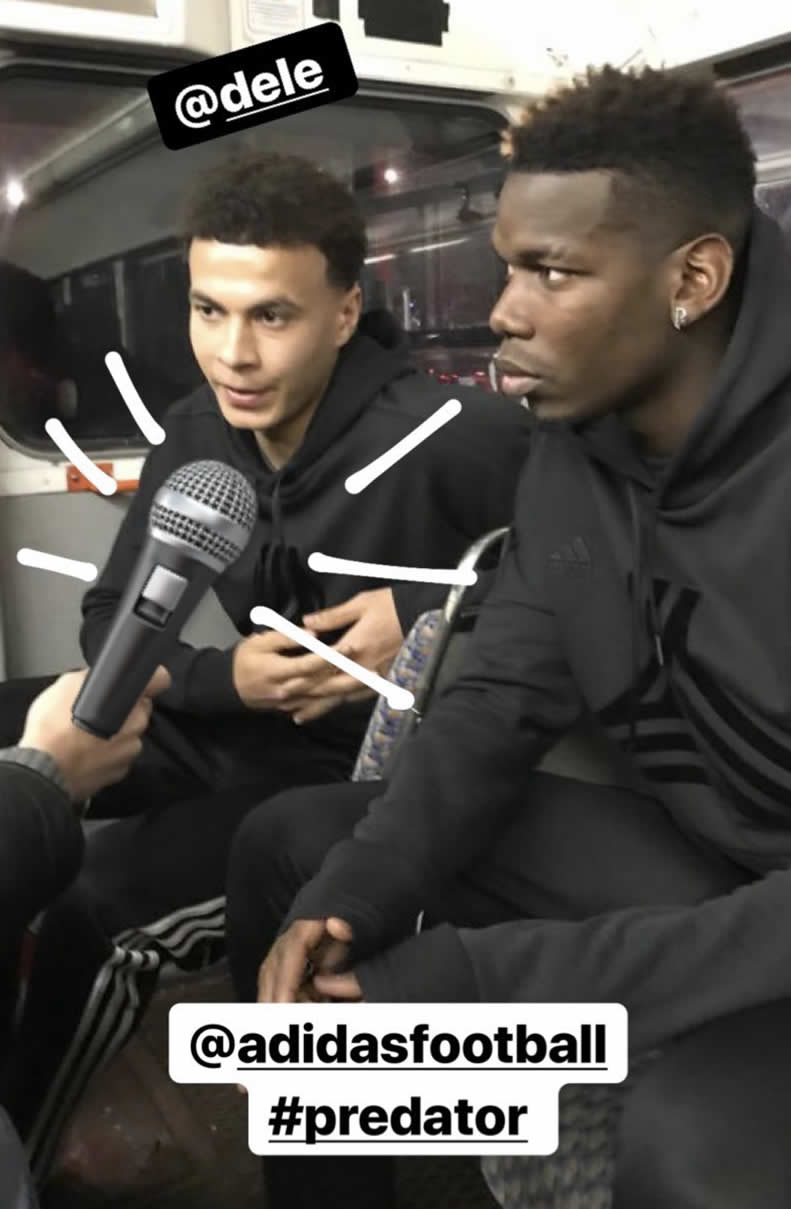 Paul Pogba posed for a picture with Dele Alli after helping Manchester United secure a 4-2 win over Watford in the Premier League on Tuesday night.

The midfielder played for the full 90 minutes as he helped Jose Mourinho’s men to notch up an important victory in the top flight.

Pogba has only recently returned from a two-month lay-off with a hamstring injury and he will be hoping to work his way back to complete fitness in the coming weeks.

Alli, meanwhile, has been a regular fixture in the Tottenham team this season and has scored three goals and made two assists in 13 Premier League games for the Lilywhites so far this term.

The pair are both sponsored by sportswear company Adidas, and they were on media duties on Wednesday together.

Pogba posted the picture above on his personal Instagram account as he enjoyed some downtime after the win over Watford.

The French midfielder will be hoping to start for the Red Devils when they travel to London to take on Arsenal in the Premier League on Saturday afternoon.

The Red Devils, who are currently second in the table, were beaten 2-0 by Arsene Wenger’s side in the same fixture last season.