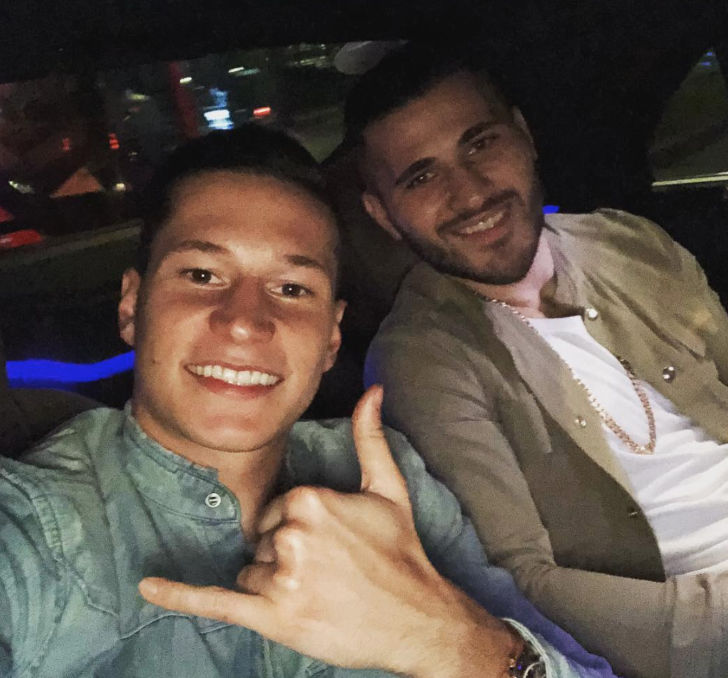 Sead Kolasinac was in high spirits with Arsenal target Julian Draxler in London on Thursday to fuel speculation surrounding his future at Paris Saint-Germain.

The Gunners have been regularly linked with a move to sign the Germany international since his emergence as a promising Bundesliga player at Wolfsburg.

Draxler moved to Schalke 04 in 2015 and spent 18 months in Gelsenkirchen before a move to Ligue 1 giants Paris Saint-Germain in the 2017 January transfer window.

However, the 24-year-old has since found his first-team opportunities limited at Parc des Princes after the arrival of Brazilian forward Neymar in a world-record £198m deal from Barcelona in the summer.

Given the uncertainty surrounding the future of Mesut Ozil and Alexis Sanchez in the current transfer window, Draxler could be a good candidate to fill the attacking void at Arsenal.

Kolasinac posted the above photo with his former Schalke 04 team-mate on his Instagram page and wrote the following caption:

Arsenal signed France international Alexandre Lacazette in a £52m deal from Ligue 1 side Lyon in the summer transfer window.

The Gunners finished in fifth place in the Premier League last term.