Kyle Edmund is through the the quarter-finals of the Australian Open, where he will face Grigor Dimitrov 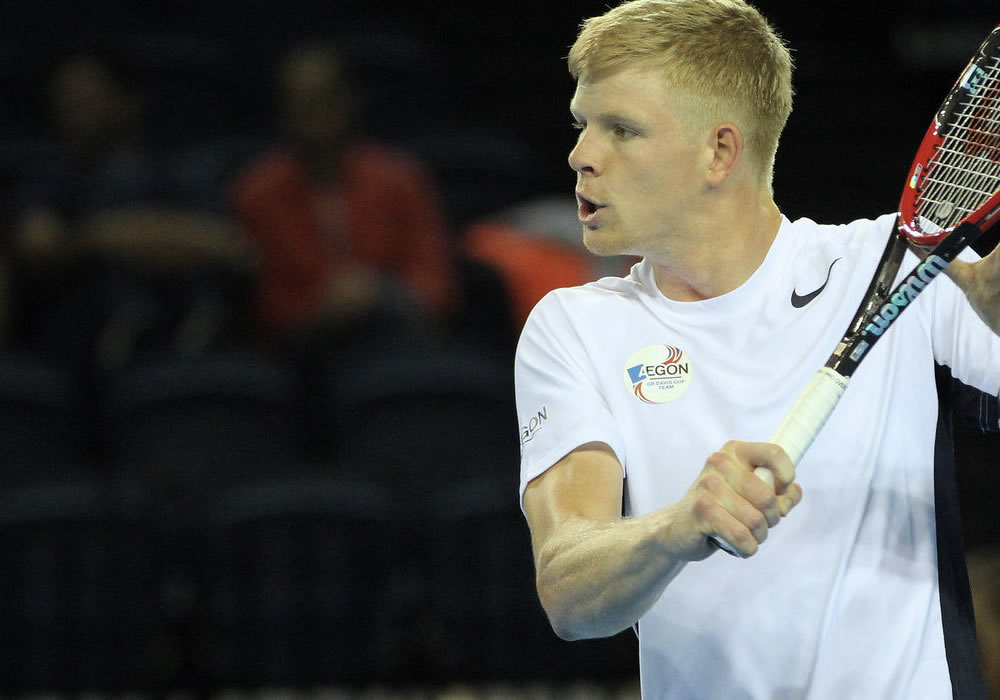 At this year’s Australian Open, Kyle Edmund not only found himself the single British man in the draw after Andy Murray opted for hip surgery, but almost as quickly, he found himself in a very promising quarter, too.

Not that it started that way. He faced No11 seed Kevin Anderson in his opening match, and was scheduled to meet No8 Jack Sock in the fourth round.

But the hot and fast courts in Melbourne that suited the 6ft 8in Anderson also suited Edmund and his fearsome forehand. He turned the heart-breaking five-set loss in their only previous meeting—Roland Garros last year—into a gripping five-set win.

Then he saw Sock, along with the other seeds in his eighth, also fall in the first round. The quarter-finals of a Major beckoned for the first time for the Briton if he could maintain his confidence, fitness and form.

He did so to dismiss Denis Istomin, the victor over Novak Djokovic this time last year, in straight sets. He showed grit and staying power through brutal temperatures to again come back from two sets to one down against Nikolaz Basilashvili.

And in his third non-seed, he faced the former top-20 veteran, Andreas Seppi, who was working his way back up the ranks via Challenger events, including the Canberra title just ahead of the Open. And Seppi too had made a marathon effort to beat Ivo Karlovic to reach this stage, after almost four hours, three tie-breaks, and a fifth 9-7 set.

Remarkably, considering the decade difference in age and in the number of appearances at Majors—Seppi was playing his 52nd in a row—neither had reached the quarter-finals before. And the Italian looked ready to break that run by winning the first set and going a break up in the second.

In truth, by the time he faced his on-court interview, he looked as though he would rather be anywhere else: exhausted both physically and mentally. He had, indeed, needed some shoulder treatment early in the match. So he will be grateful for his day’s recovery for one of the biggest matches of his career so far—against world No3 Grigor Dimitrov, though it was many hours later that the Bulgarian’s thrilling encounter with Nick Kyrgios reached its conclusion.

Certainly, much was expected of the match between two of the most charismatic young players on the tour. Both have big and varied games at their disposal, and both have taken time to marshal those games.

Dimitrov, now 26, reached the Wimbledon semis and broke into the top 10 at the age Kyrgios is now, 22. But he would struggle to maintain his focus and confidence, repeatedly snatching losses from the jaws of victory, and slipped back to No40 as recently as 18 months ago.

But he has become a calmer and increasingly confident player since taking on Dani Vallverdu as his coach, and carved his way back up the ranks. 2017 brought his best results so far, beginning with one of the matches of the year against Rafael Nadal in the semis in Australia, then winning his first Masters, and concluding with the tour’s ‘fifth Major’, the ATP World Tour Finals in London.

And while it is too soon to attach the word rivalry to his matches against Kyrgios—this latest was only their fourth—the potential is clear. Dimitrov edged their first in Indian Wells, and knocked out the Australian on his way to that Masters in Cincinnati, but Kyrgios came back from a set down to beat him just a fortnight ago in Brisbane.

There was, then, an intensity about their tennis from the off in front of the partisan home crowd.

Both were going for their shots, both ultra-aggressive, both resisting strong attacks to their serves. Kyrgios had to fend off three break points for 3-3, but then served to love, and there were explosive rallies and multiple winners along the way to a tie-break. There, Dimitrov was the sharper on return, took a 4-1 lead, and Kyrgios double-faulted on set point, 7-6(3) after 52 minutes.

The statistics wrote the story: 45 winners to just 24 errors between them, and separated by one point.

The second set was still more edgy, as Dimitrov maintained his high level against the disjointed but often brilliant Kyrgios. The Bulgarian finally got a break in the seventh game, helped by a wonderful lob-tweener-smash combo, and held for 5-3. Yet despite his furious exchanges with his box, the Australian man summoned that brilliance again to break and level, 5-5, held with his 18th ace, and they headed to another tie-break.

This, though, would see Dimitrov find admirable focus again, ghost to the net for 3-1, and then serve out the set, 7-6(4).

Still the winners outscored the errors, but the writing seemed to be on the wall for the increasingly frustrated Kyrgios. Yet his capacity to fire one- or two-strike winners kicked in, he broke in the fifth game, and after failing to convert set-point in the ninth, thumped down three aces for a love hold, 6-4.

There was no let-up in the fourth set, with only two questions hanging over the packed arena: Could Kyrgios live with Dimitrov’s formidable fitness into a fourth hour, and could Dimitrov retain the self-belief to hold off the vocal Kyrgios and his thousands of supporters?

First Kyrgios held off break points in a long fourth game, then Dimitrov served his way out of trouble in the fifth, and this time he got the break for 5-3. However, the Aussie blistered a backhand down the line to break back and threw in two love holds.

Now the Bulgarian’s new-found confidence played its part, as he combined sterling defence with a couple of stunning forehand winners. He seized victory, 7-6(4) after three and a half hours, with his 64th winner—and that edged him just one point ahead on the scoresheet: 157-156.

The two embraced warmly at the net, like the friends that they are, but what, everyone asked, did Kyrgios say?

It is a message that Dimitrov has increasingly taken to heart in the last year, and judging from those 12 months, he may manage to “go to all the way” this time—though he has that same formidable challenge in the semis: Nadal.

And before that, lest we forget, he has Edmund, who has taken him to the limit in both matches played in the last six months, including a recent 6-3, 6-7, 6-4 loss in Brisbane, during which Edmund twisted his ankle.

This one may be closer than many expect—but it is hard to see Edmund beating the Dimitrov who topped Kyrgios today.