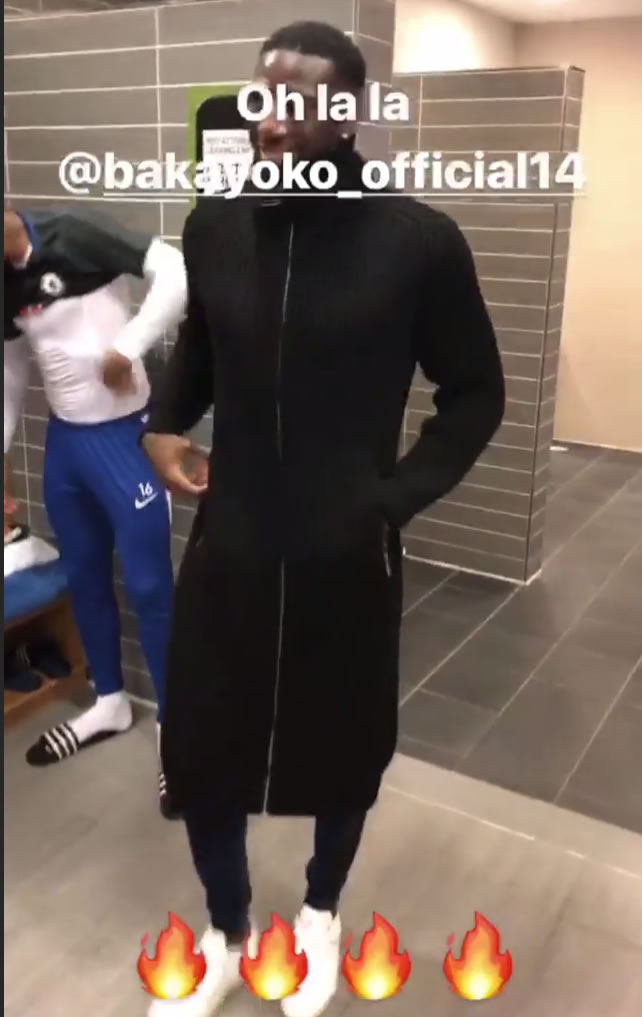 Marcos Alonso has taken to social media to poke fun at Tiemoue Bakayoko for his outfit at the Chelsea training ground on Tuesday.

Bakayoko is currently getting to grips with life at Chelsea following his transfer to the west London club from Moanco back in July last year.

Although Bakayoko has been a regular fixture in the first team at Chelsea this season, it seems that the midfielder still has some way to go in order to fully adapt to the rigours of the Premier League.

Nevertheless, Bakayoko seemed to be in high spirits as he greeted his fellow team-mates at Cobham wearing something of an unusual outfit.

Alonso caught Bakayoko on camera a posted the picture above on his personal Instagram story.

Bakayoko, Alonso and their Chelsea team-mates are currently preparing for their FA Cup third-round replay clash against Norwich City at Stamford Bridge on Wednesday night.

The Blues were held to their third successive goalless draw in all competitions on Saturday as they played out a stalemate with Leicester City in front of their home fans at Stamford Bridge.

That result caused Chelsea to drop down into fourth place in the Premier League table as the race for Champions League qualification begins to heat up.