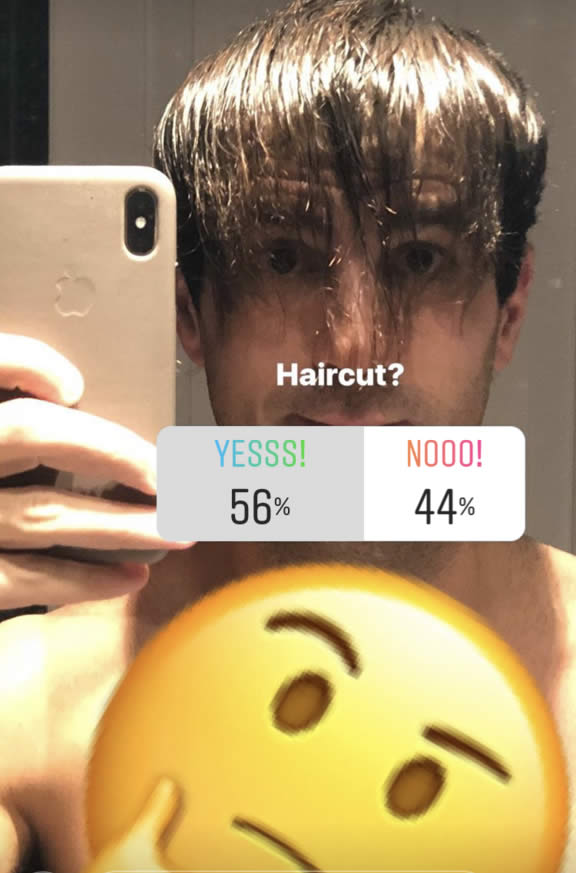 Cesc Fabregas has taken to social media to poll his followers about whether or not he should get a haircut soon as Chelsea prepare for their League Cup semi-final clash against Arsenal on Wednesday night.

The 30-year-old midfielder has been a regular fixture in the Chelsea first team so far this season and has been in decent form for the west London side.

The midfielder has scored one goal and made four assists in 19 Premier League games in the current campaign and played for 71 minutes during Chelsea’s 2-2 draw with Arsenal in the top flight at The Emirates last week.

Fabregas will be hoping to line up against his former club once more when the Gunners travel to Stamford Bridge for the first leg of their League Cup semi-final clash.

The ex-Arsenal captain used some downtime before the game to share a picture of himself in front of the mirror, as his followers voted on whether or not he should get a haircut soon.

Fabregas shared the picture above on his Instagram story as Chelsea prepare for their second of three showdowns with Arsenal this month.

Meanwhile, Chelsea completed the signing of Ross Barkley from Everton on Friday as the Blues landed their first recruit of the January window.