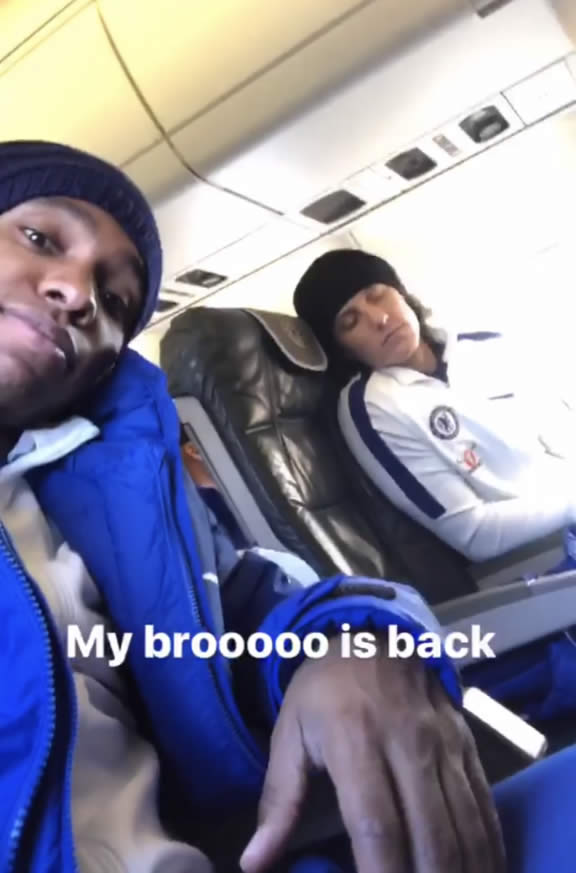 Willian looked to be in high spirits as he posed for a picture with David Luiz as Chelsea caught a flight to Norwich for their FA Cup clash.

The Blues were in action against the Canaries on Saturday evening in the third round and opted to make the short flight for the game.

David Luiz has been out of action for a number of weeks due to a niggling knee injury but he was included in the Blue squad for their clash against Norwich.

Willian caught Luiz napping on the flight and posed for a selfie with his fellow Brazilian as the Blues welcomed him back into their squad.

Willian shared the picture above on his personal Instagram story and wrote the caption:

Chelsea will now switch their attentions towards their crunch League Cup semi-final clash against Arsenal at Stamford Bridge on Wednesday night.

The west London side head into the the game having played out a thrilling 2-2 draw with the Gunners at The Emirates last Wednesday night.

Chelsea are currently in third place in the Premier League table as they look to try and close the 16-point gap down to leaders Manchester City.