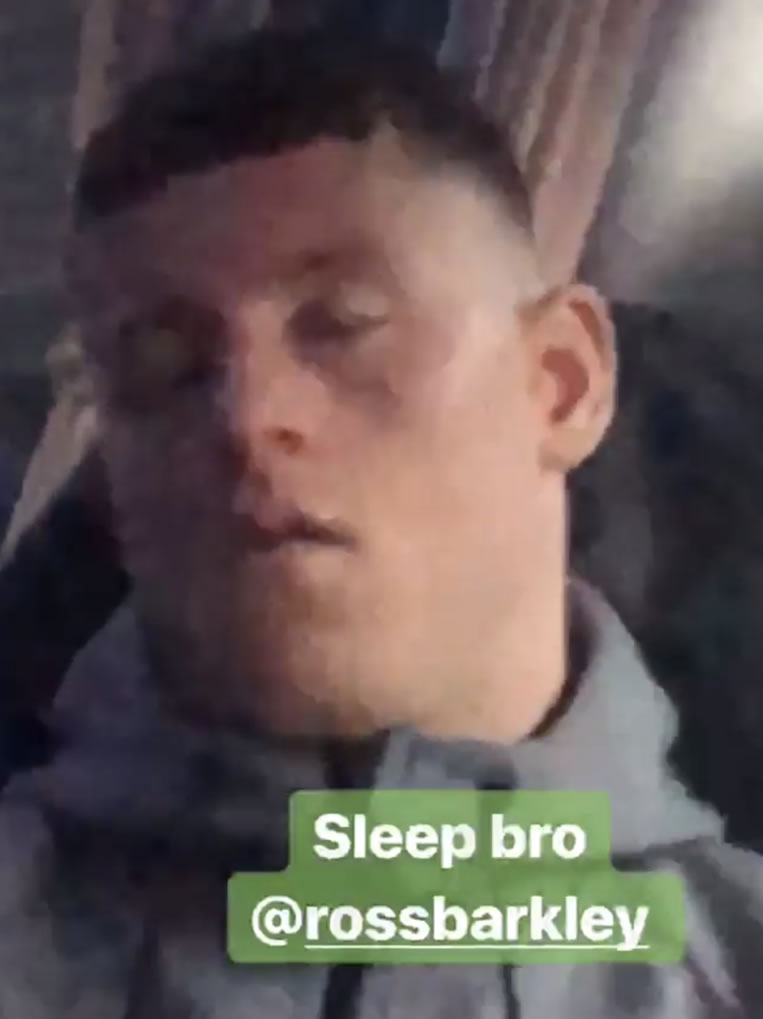 David Luiz has taken to social media to poke fun at Ross Barkley after the midfielder enjoyed a quick nap ahead of Chelsea FC’s trip to Brighton in the Premier League on Saturday.

The 24-year-old midfielder has been getting used to life at Stamford Bridge after signing for the west London side from Everton at the turn of the year.

Barkley has not yet made his first appearance for the Blues after having only recently recovered from a serious hamstring injury.

However, he is clearly feeling comfortable in the company of his new team-mates as he enjoyed some shut-eye on the team bus as Chelsea headed down to Brighton on Friday evening.

David Luiz posted the picture above on his personal Instagram story and wrote the caption: “Sleep bro @rossbarkley.”

Chelsea head into the game looking to get back to winning ways in the Premier League after their disappointing goalless draw against Leicester City at Stamford Bridge in the top flight last weekend.

The Blues are currently in fourth place in the Premier League table after having fallen behind Liverpool FC.

After Saturday’s game, Chelsea will then switch their attentions back towards League Cup affairs and their crunch semi-final clash with Arsenal at The Emirates on Wednesday night.