David Beckham: What I really think about Jose Mourinho at Man United 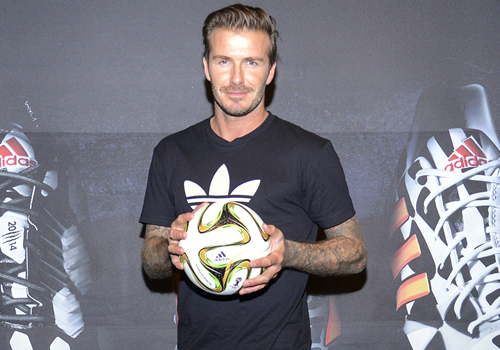 David Beckham is convinced that Jose Mourinho is the right man to bring success back to Manchester United.

The Portuguese coach is half-way through his second season in charge at Old Trafford after officially taking over at the club in May 2016.

Mourinho’s side finished in a disappointing sixth place in the Premier League table last term but managed to win both the Europa League and the League Cup in the 2016-17 campaign.

The Red Devils are currently in second place in the Premier League table as they chase Champions League qualification in Mourinho’s second campaign in charge.

And Manchester United legend Beckham feels sure that the Portuguese coach is the right man to take the club forward in the coming weeks and months.

Beckham is quoted as saying by the Daily Star: “Of course he’s the right fit for Manchester United.

“We’re talking about Jose Mourinho. He’s one of the best managers in the game.

“Manchester United has had success over the last 25 years because we have had stability that has run throughout our club.

“Sir Alex Ferguson – the amount of time he was manager of the team – that’s why we were successful because we had stability that ran through the club and that’s what we need going forward.

“Everyone is going to have their own opinion of (Mourinho) as a manager, him as a person, him as an individual. But is he the right person to lead Manchester United? Yes, of course he is.”

Alexis Sanchez could be in line to make his Premier League debut for the Red Devils after he signed for the club from Arsenal last week.

Sanchez was named as the man of the match as Manchester United thrashed Yeovil Town 4-0 in the FA Cup last Friday.