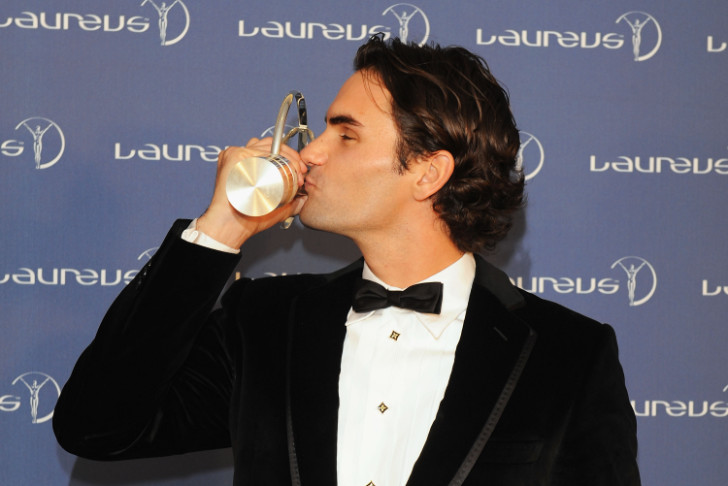 Tennis has always featured strongly in the ‘Oscars of Sport’, the Laureus World Sports Awards, and this year is no exception. Indeed, this year offers up a bumper harvest of tennis stars, and among the eight nominations, one player, Roger Federer, features twice.

Federer is already one of only three champions to have won four Laureus awards, and now he could win his fifth and sixth after his outstanding come-back 2017 season.

Federer is joined by Rafael Nadal in the Sportsman of the Year category, perhaps no surprise as both men returned from extended injury absences in 2016. Ranked just 17 and nine respectively, they went on to share all four Majors in 2017, and claim five of the sport’s nine Masters titles.

The two renewed their 13-year rivalry in their first Major final in six years at the Australian Open, and Federer would go on to beat the Spaniard in all four of their meetings. They ended 2017 at the top of the rankings, with Nadal pipping the Swiss to the end-of-year No1.

Joining Federer and Nadal in what is sure to be a hotly contested Sportsman category are Cristiano Ronaldo, Mo Farah, Chris Froome, and Lewis Hamilton.

Federer is also nominated in the Comeback of the Year category—he won a record eighth Wimbledon without dropping a set, and extended his record Major tally to 19—while Serena Williams, who won her 23rd Major title—also in Australia last year to regain the No 1 ranking—is nominated in the Sportswoman of the Year category. After her victory, she announced that she had been pregnant during the tournament, and went on to give birth to a daughter in September.

The French Davis Cup Team is nominated in the Team of the Year category, while French Open champion, 20-year-old Jelena Ostapenko, appears in the Breakthrough category. Completing the tennis line-up is three-time Grand Slam wheelchair champion Yui Kamiji in the Sportsperson of the Year with a Disability category.

Football also features heavily in the nominations. As well as Ronaldo, Real Madrid is nominated in the team category, Kylian Mbappe is in contention for the Breakthrough Award, and FC Barcelona and Brazilian team Chapecoense are nominated in the Comeback list.

Four of the biggest names in British sport, Mo Farah, Chris Froome, Lewis Hamilton and Anthony Joshua, have been nominated for awards

Track star Farah, Formula One world champion Hamilton, and Tour de France winner Froome are all selected in the Sportsman category, while world heavyweight champion Joshua is on the shortlist for the Breakthrough Award.