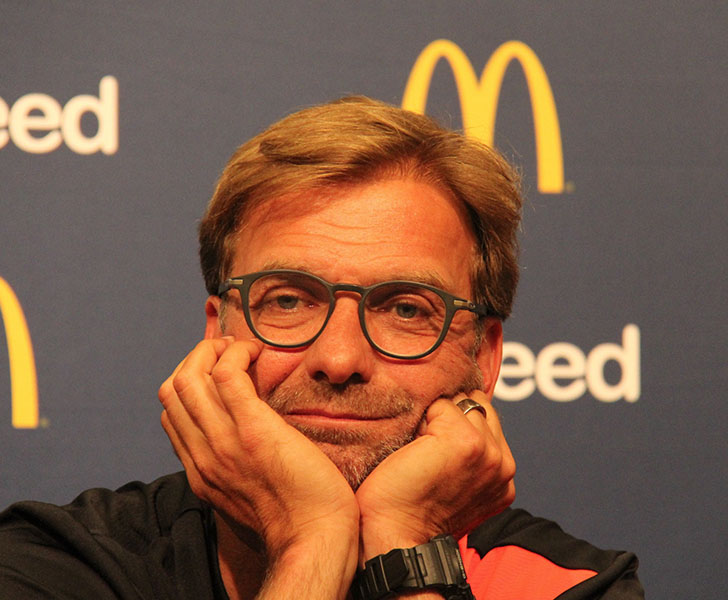 Jurgen Klopp will be confident his Liverpool FC team can outscore Premier League leaders Manchester City at Anfield on Sunday, according to Dennis Wise.

The Reds have been one of the Premier League’s most entertaining teams this season following 50 goals in 22 games in the current campaign so far.

Liverpool FC struggled defensively in the first half of the 2017-18 season, but the Reds have since added Virgil van Dijk to their team in a world record fee for a defender.

The Merseyside club have scored 14 goals less than the runaway Premier League leaders, although Manchester City were forced to settle for a goalless draw with Crystal Palace in their last top-flight outing.

Mohamed Salah is the second-highest goal-scorer in the Premier League this season behind Harry Kane following 17 goals in 21 games this season.

Former Chelsea midfielder Wise believes Klopp will be confident that his Reds team can outscore Manchester City with such attacking talent in his team.

“Klopp won’t allow his team to sit back. He will say have a go at Man City,” Wise told The Debate on Sky Sports on Wednesday night.

“It is about who scores the most goals. He will fancy they can score more goals than Man City on the day.”

The Reds finished in fourth place in the Premier League table last term to secure a return to the Champions League.