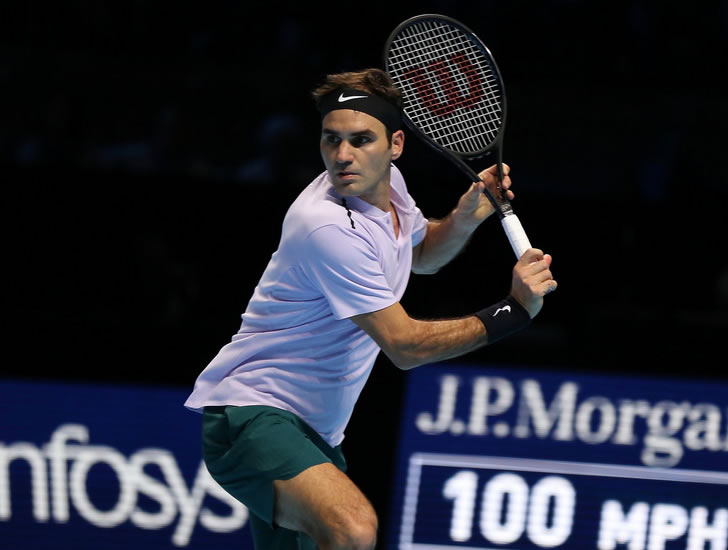 So much was anticipated in this first meeting between the defending champion, veteran tennis superstar Roger Federer, and the 21-year-old #NextGen star from South Korea, Hyeon Chung.

And it is many a year since the Rod Laver arena heard such support for an opponent to five-time champion Federer in a country where the Swiss is always welcomed like royalty.

For Chung, who won his first title at the ATP’s #NextGen Finals in Milan, had won the hearts and minds of Australia and beyond with his athletic tennis so reminiscent of idol Novak Djokovic. And little wonder: Chung had taken both young and not-so-young seeds and non-seeds out of contention, including No4 Alexander Zverev in five sets, the fast-rising Sydney champion Daniil Medvevev, and even his hero Djokovic.

That the Australian Open is dubbed “The Grand Slam of Asia/Pacific” gives another clue to Chung’s popularity, for he was bidding to become just the third Asian player, man or woman, to reach the final of a Major. Melbourne is always packed with fans from the entire western Pacific, and the antics of this young player had captured the imagination.

But while he had proved himself more than capable of champion-style tennis, his task in the semis looked a mountain to climb.

Federer had yet to drop a set, and had spent more than two hours less on court than his young opponent. He had 95 titles to Chung’s one, had won 92 matches in Australia to Chung’s six.

Federer was aiming for his 30th Major final, a record seventh in Australia, from his 14th semi-final at this one tournament. And lest anyone think that Chung did at least have youth on his side—15 years fewer on the clock than Federer—the Swiss won more titles in 2017 than anyone else: two Majors, three Masters and a couple of 500s.

Thus it was with a certain touch of irony that Chung’s campaign against Federer should be dashed by physical wear and tear.

The first couple of games, both long, probing challenges to each other’s serve, showed that both were slightly tight and edgy as they felt out each other’s games. Chung saved two break points courtesy of a couple of netted forehands from Federer but was finally broken on a third.

Federer almost coughed up a break back, as he tried to adjust to Chung’s shot-making and to the hot humidity under the arena roof. He found only two first serves in 10 points, but at last edged the lead, 2-0.

Chung held, but now Federer threw in a love hold, and went after Chung with two net attacks on the Korean’s second serve, and broke again. The Swiss needed four bites of the cherry in the seventh game to break down the debutant, but Federer was now hitting the marks with his backhand down the line, and he sealed the set with this third break, 6-1. He may have only slotted in 32 percent of his first serves but he had thumped 14 winners to four by Chung.

In the second set, Federer already had the brakes off, opened with two love holds, and broke in the fourth game. And if the warning lights were already on orange, they turned to red when Chung called for the trainer. He had some bad blisters, and that, for a man whose game is built on speed, astonishing defence, and tireless athleticism, that was bad news. He came back to win one more game, but after another love hold and 24th winner from Federer, Chung was forced to throw in the towel, 2-5 down, after an hour.

The disappointment from the fans sucked the noise and enthusiasm out of the arena, but Federer was full of sympathy for his opponent.

“I thought the first set was normal. I couldn’t tell what was going on with my opponent. In the second set, I felt he was getting slower. He’s had a problem with the blister. It hurts—a lot. At some point, it’s too much and you make things worse.

“I could tell something was wrong, but he has great composure. I think he’s going to achieve next level excellence—top 10 for sure, but I don’t want to put pressure on him. I can see why he beat Novak and Sascha. He’s going to be a great, great player.”

Federer was swiftly into press—eyeing a rare chance of a late dinner with the family, perhaps—but would he have preferred a longer work-out ahead of the final?

“I mean, a normal end, yes. But I must admit, as well, you do take the faster matches whenever you can because there’s enough wear and tear on the body, there’s enough tough matches throughout the season that, when they happen, you take them. There’s nothing you can do anyway about it. I’m just happy I’m in the finals. That was the goal before the match today—not under the circumstances I was hoping—but I played a good match. He struggled with his movement—I was able to take advantage of that.”

So the records keep building for the seemingly ageless Federer: an Open era record seventh Australian final and 30th Major final; a Major final without dropping a set for the sixth time; and with a record 93rd match-win, he will extend his own Australian Open-era record of 107 matches played.

But can he set new milestones come Sunday’s final? He will take on Marin Cilic, who rises to a career-high No3 with his first run to the Australian final. And the Croat will be eager to avenge the painful loss he suffered at Wimbledon last summer—when he too was beaten by blisters. He certainly has reason for optimism.

Cilic beat Federer with a near-perfect power game at the US Open in 2014, and went on to win the title. And he almost downed Federer on Wimbledon’s grass in 2016, where he won the first two sets and had the Swiss against the wall in a nail-biter fourth-set tie-breaker. And he has been playing the same kind of tennis this week, attacking his opponents on Melbourne’s fast courts to wear down No10 seed Pablo Carreno Busta and then Rafael Nadal.

Cilic also enjoyed an extra day’s recovery before the final, though he will need it: He has spent over four more hours on court than Federer.

But there is a lot of respect between these two: They even, Federer revealed, enjoyed a hit followed by some cake during an impromptu meeting in their off-season vacations in the Maldives.

However, game faces will be to the fore come Sunday. It is tough to call, but when it comes to the tennis, it will not disappoint.