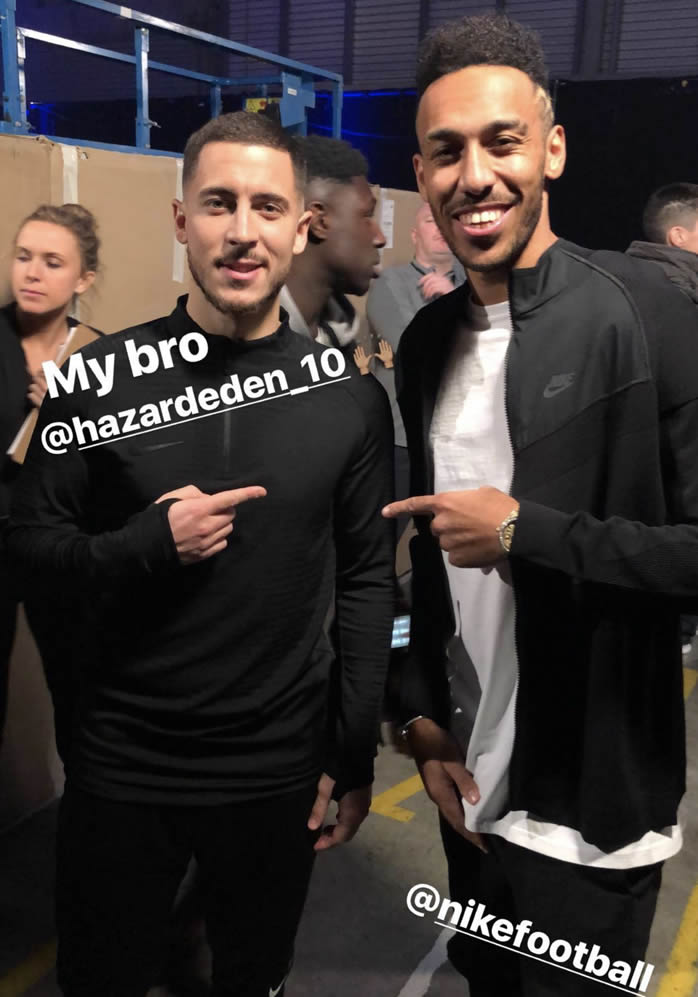 Pierre-Emerick Aubameyang has taken to social media to send a friendly message to Eden Hazard following his transfer to Arsenal last week.

The Gabon international signed for the Gunners from Borussia Dortmund as Arsene Wenger moved quickly to bolster his attacking options in the January transfer window.

Aubameyang enjoyed an impressive Premier League debut for the north London side when he scored his first goal for the club in the 5-1 victory over Everton at The Emirates last weekend.

The striker will now be hoping to help fire Arsenal back into the Champions League places as Wenger’s men bid to try and end up in the top four this term.

And the new Arsenal signing looked pleased to have caught up with Chelsea FC rival Hazard on Wednesday night as the pair both attended a sponsor event with Nike in London.

Aubameyang posted the picture above on his personal Instagram story and wrote the caption: “My bro.”

Hazard will be hoping to feature for Chelsea FC as he bids to help them get back to winning ways by beating West Brom at Stamford Bridge on Monday night.

Brazilian hints at exit from club amid Man United link