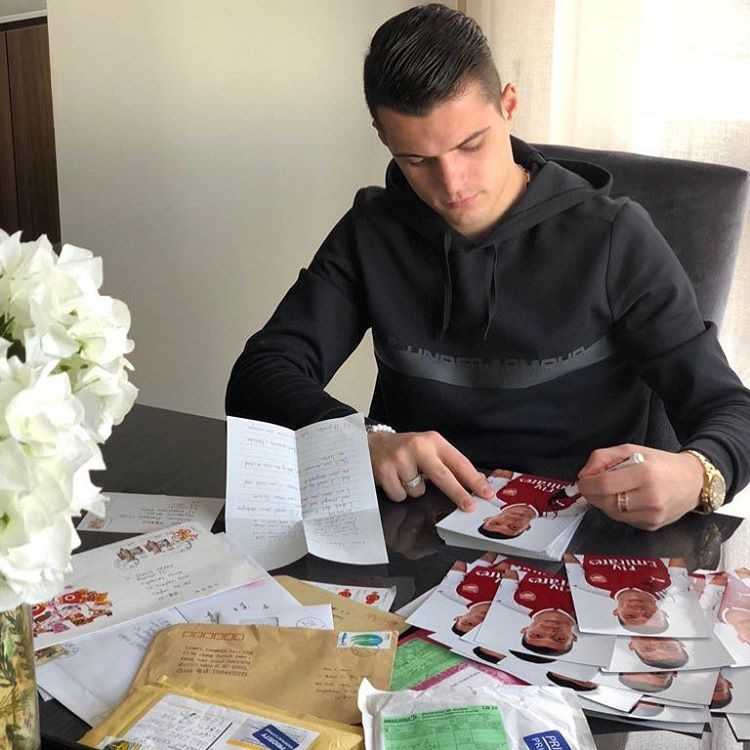 Granit Xhaka has taken to social media to thank Arsenal fans for their support even when things have not been going well for the midfielder.

The Switzerland international has been a regular fixture in the starting line-up for the Gunners this season despite him struggling to win over the support of many Arsenal fans.

Indeed, Arsene Wenger is clearly a firm believer in the midfielder’s ability as he has started every single one of Arsenal’s Premier League games so far this season.

And Xhaka took the time out from his schedule to send a heartfelt message to Gunners fans on social media this week.

The 25-year-old posted the picture above of himself signing some photos for fans on his personal Instagram account and wrote the caption: “I just want to say a big thank you for the support we get in good times and bad times.

Xhaka will be hoping to feature for Arsenal when the Gunners return to Premier League action on Saturday lunchtime with a crunch clash against Tottenham Hotspur at Wembley.

The Gunners head into the game on the back of their impressive 5-1 thrashing of Everton at The Emirates in the Premier League last weekend.

Arsenal know that victory over Tottenham would move them to within one point of their local rivals as the race for a top-four finish hots up.