Photo: Mesut Ozil all smiles with his beautiful girlfriend after Arsenal win 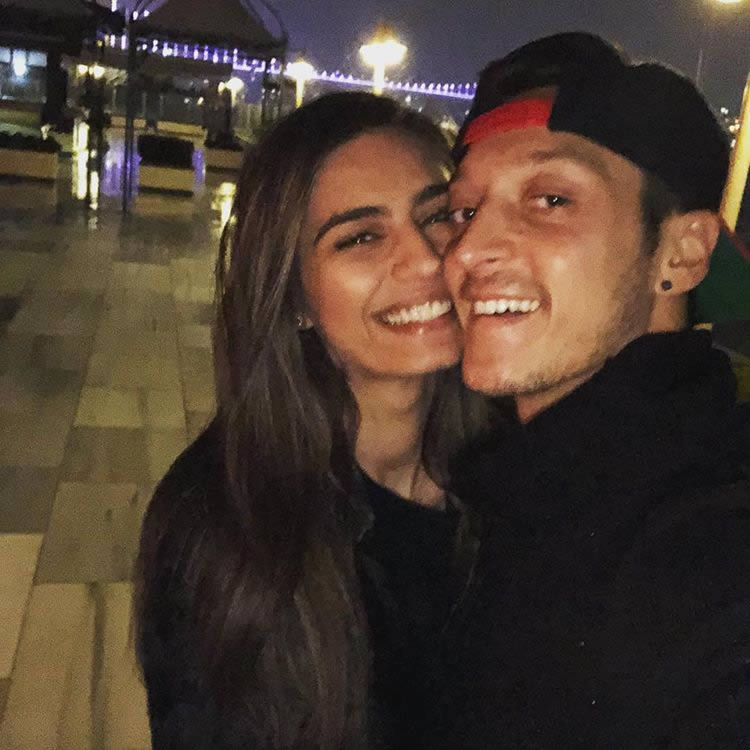 Mesut Ozil looked to be in high spirits as he enjoyed some downtime with his girlfriend Amine Gulse after Arsenal’s thrashing of Everton on Saturday.

The German playmaker linked up with new team-mates Henrikh Mkhitaryan and Pierre-Emerick Aubameyang as the Gunners claimed an impressive 5-1 victory over the Toffees.

Arsenal’s focus will now be on trying to break back into the to four this season after the Gunners ended up in fifth place last term and had to settle for a place in the Europa League.

The north London side have the small matter of a crunch showdown with Tottenham Hotspur at Wembley on Saturday as the race for Champions League qualification hots up.

However, Ozil took some time off after Saturday’s game to enjoy a trip to Istanbul with his girlfriend Gulse after the victory over Everton.

Ozil posted the picture above of the happy couple on his personal Instagram account and wrote the caption: “Happiness.”

Tottenham head into their clash with Arsenal on Saturday on the back of their thrilling 2-2 draw with Liverpool at Anfield on Sunday.

A win for Arsenal against Spurs would move them to within just one point of Mauricio Pochettino’s men as the race for a top-four spot hots up.

Jamie Redknapp predicts where Arsenal, Chelsea will finish this season