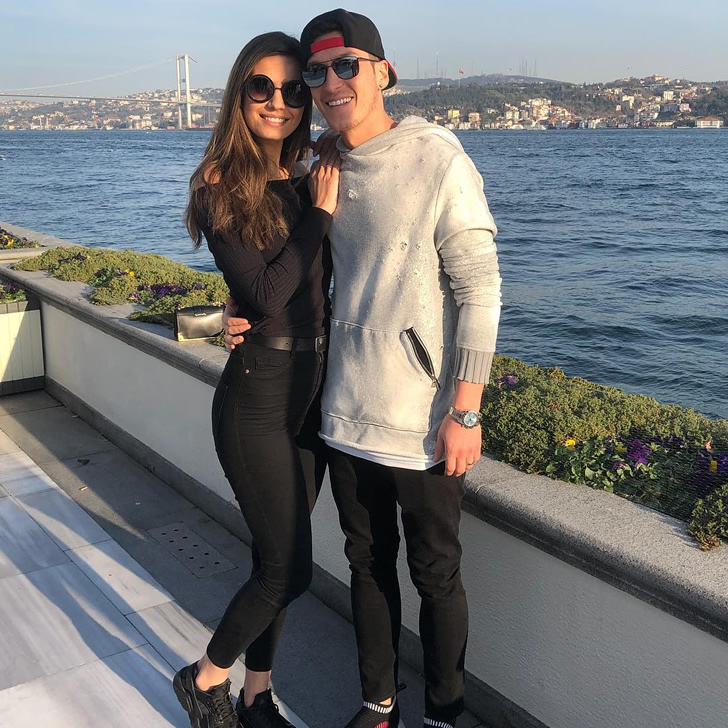 Mesut Ozil looked to be in good spirits as the Arsenal star enjoyed some well-earned downtime with his girlfriend Amine Gulse in Turkey over the weekend.

The north London club had a rare weekend off after their 3-0 win over Ostersunds in the first leg of their Europa League last 32 clash last week.

Ozil found the net in Sweden as he helped Arsene Wenger’s men take a big step towards reaching the last 16 of Europe’s second tier club competition.

The 29-year-old playmaker has been dating Gulse for some time now and the couple looked pleased to be spending some downtime together in Istanbul this weekend.

Ozil posted the picture above on his personal Instagram account and simply wrote the caption: “My Love❤️.”

The Germany international committed his long-term future to Arsenal earlier this month when he put pen to paper on a new three-and-a-half year contract with the Gunner.

The news of Ozil’s renewal came after Alexis Sanchez left Arsenal to sign for Manchester United in the January transfer window.

That deal saw Henrikh Mkhitaryan head to The Emirates to link up with Ozil as the Gunners look to try and enjoy a successful second half of the season under Wenger.