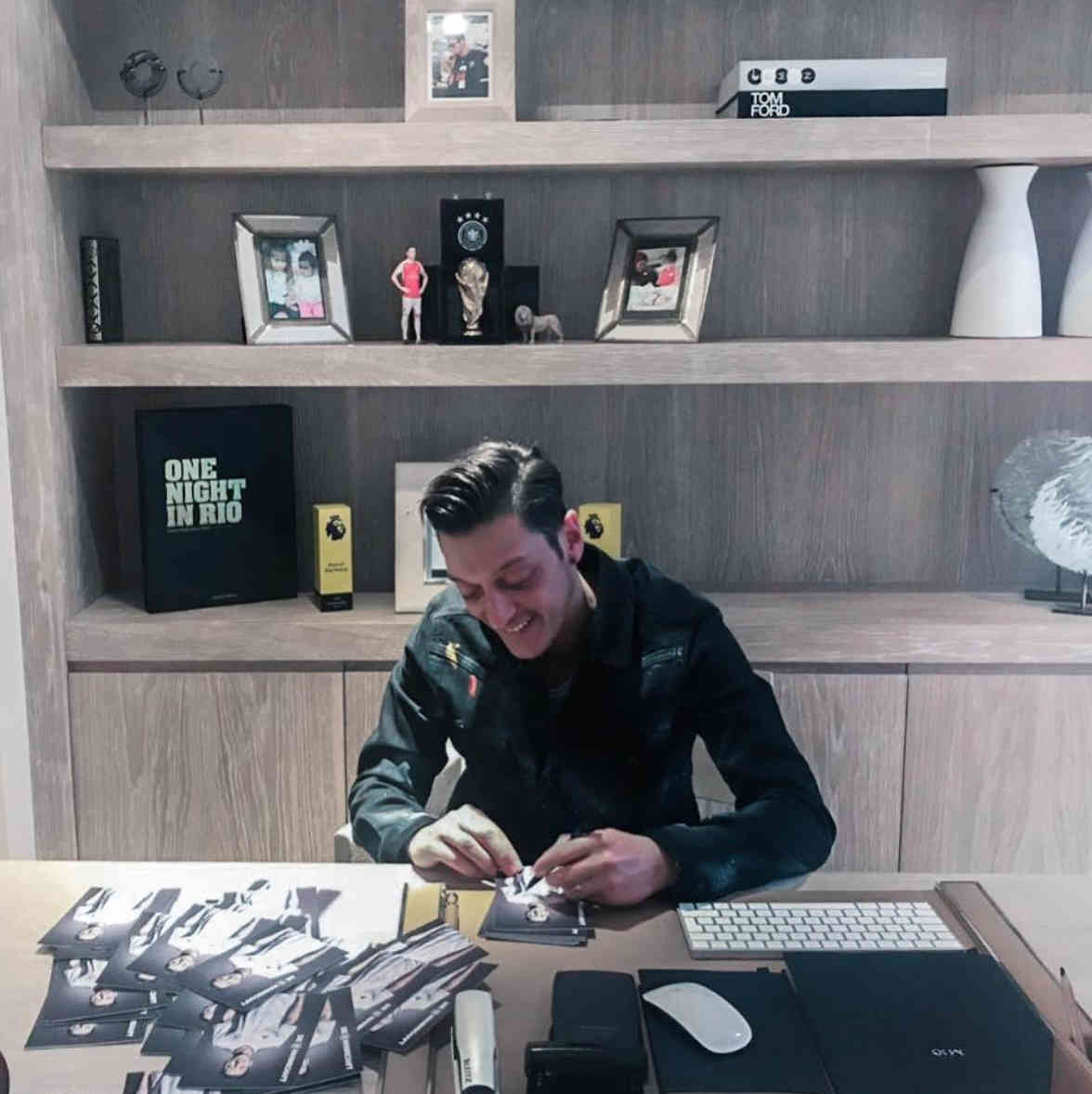 Mesut Ozil took to Instagram to hint at his new Arsenal contract after reports emerged that the Gunners have made the German midfielder the highest-paid player in the club’s history.

The World Cup winner’s future has been a source of relentless debate over the past 12 months or so after talks between Arsenal and Ozil over a contract extension stalled despite the club’s eagerness to tie down the midfielder.

The 29-year-old was linked with a potential move to Manchester United after the German playmaker won the La Liga title with Red Devils boss Jose Mourinho during their three seasons together at The Bernabeu.

His Arsenal team-mate Alexis Sanchez completed a move to Manchester United earlier in January when the Gunners agreed to a swap deal with Henrikh Mkhitaryan completing a switch to The Emirates.

Reports on transfer deadline day on Wednesday suggested that Ozil had signed a new three-and-a-half year contract extension with Arsenal following the addition of Pierre-Emerick Aubameyang from Dortmund.

Indeed, BBC Sport are reporting that Ozil has been handed a £350,000-a-week contract to make him the best-paid player in Arsenal’s history.

And Ozil posted the above photo on his Instagram page and wrote the following caption: