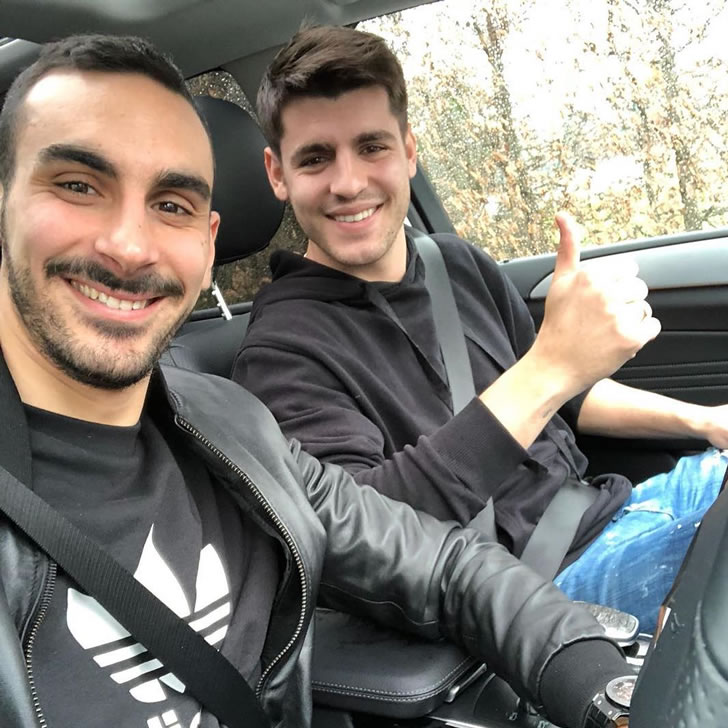 Alvaro Morata has appeared to indicate that he is closing in on a return to action for Chelsea FC by posting a positive update on social media on Saturday.

The Spanish striker has been out of action for the last few games with a back injury and Antonio Conte said on Friday that the Spaniard would not be fit to feature for Chelsea FC when they host West Brom at Stamford Bridge on Monday night.

But it does seem like Morata is closing in on a return to action for the Blues and he seemed to be in good spirits after a positive training session at Cobham on Saturday.

Morata posted the picture above of himself with Davide Zappacosta on his way back from training on his personal Instagram account and wrote the caption: “Training session done! Going back home!”

Morata has made a solid enough start to life at Stamford Bridge following his move from Real Madrid in the summer transfer window.

He has scored 10 goals and made four assists in the Premier League for Conte’s men so far this season.

Morata will be hoping to feature for Chelsea FC when the Blues take on FC Barcelona in the last 16 of the Champions League later this month.

Roberto Firmino opens up to Liverpool FC fans about his future