Alvaro Morata has taken to social media to send a heartfelt message to his wife on Valentines Day.

The Chelsea FC striker has been getting used to life in London with his other half after his summer transfer move to Stamford Bridge from Real Madrid last July.

Morata married his long-term girlfriend Alice Campello in Venice last summer and the couple are now expecting their first child together.

The pair of them look to be settling in well to life in the English capital, and the 25-year-old Chelsea FC striker had a special message for his partner on Valentines Day.

Morata posted the picture above from the couple’s wedding on Instagram and wrote the following message in Italian: “Happy Valentines Day! You’re the love of my life! ❤️.”

The striker will be hoping to feature for Chelsea FC when the Blues return to FA Cup action on Friday night with a home clash against Hull City in the fifth round.

The Spain international has been struggling with a niggling back injury in recent weeks but he made his return to action on Monday night when he came on as a substitute in the 3-0 win over West Brom in the Premier League.

Chelsea FC are currently in fourth place in the Premier League table. 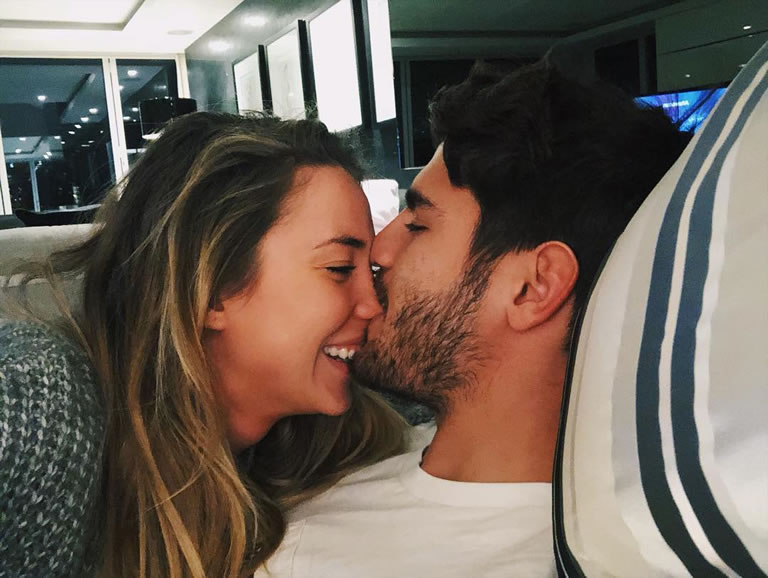