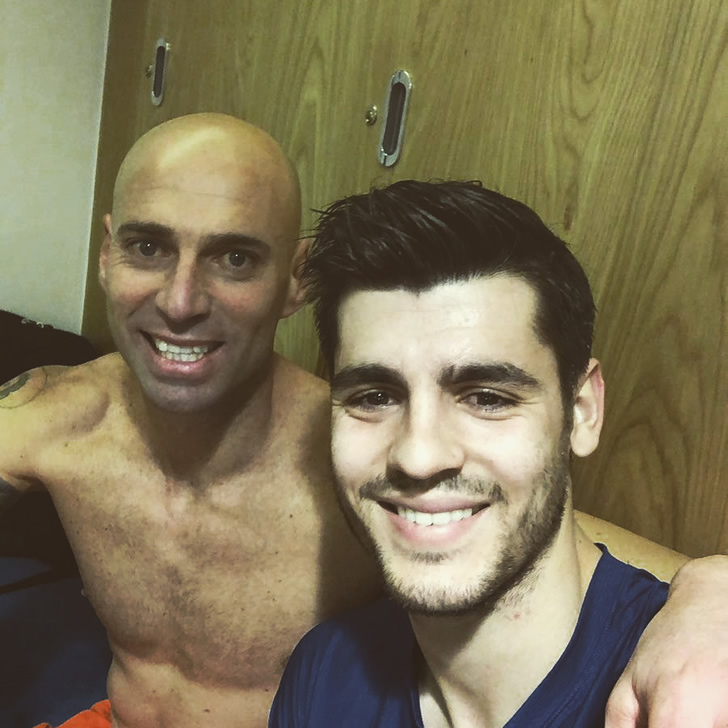 Alvaro Morata has taken to social media to lavish praise on Willy Caballero after the goalkeeper helped Chelsea FC book their place in the sixth round of the FA Cup.

The Argentine goalkeeper played for the full 90 minutes at Stamford Bridge and kept a clean sheet for Antonio Conte’s side in their dominant 4-0 win over Hull City on Friday night.

Caballero has been playing second fiddle to Thibaut Courtois in the Chelsea FC goal this season but has been used regularly by Conte in the cup competitions.

Morata came on to play for the final 20 minutes of the FA Cup clash as he continues to try and work his way back to full fitness following a back injury.

And the Spanish striker clearly appreciated the work put in by Caballero for the Blues as they booked their place in the sixth round of the FA Cup in style.

Morata posed for a picture with Caballero in the dressing room at Stamford Bridge after the game and posted it on his personal Instagram account.

He round the caption: “Great win to go into the next round!! Amazing goalkeeper!!!”

Chelsea FC now switch their attentions back towards Champions League affairs and their crunch clash against FC Barcelona in the first leg of their last 16 clash on Tuesday night.

Arsenal ‘confident’ of signing 30-year-old in the summer – report