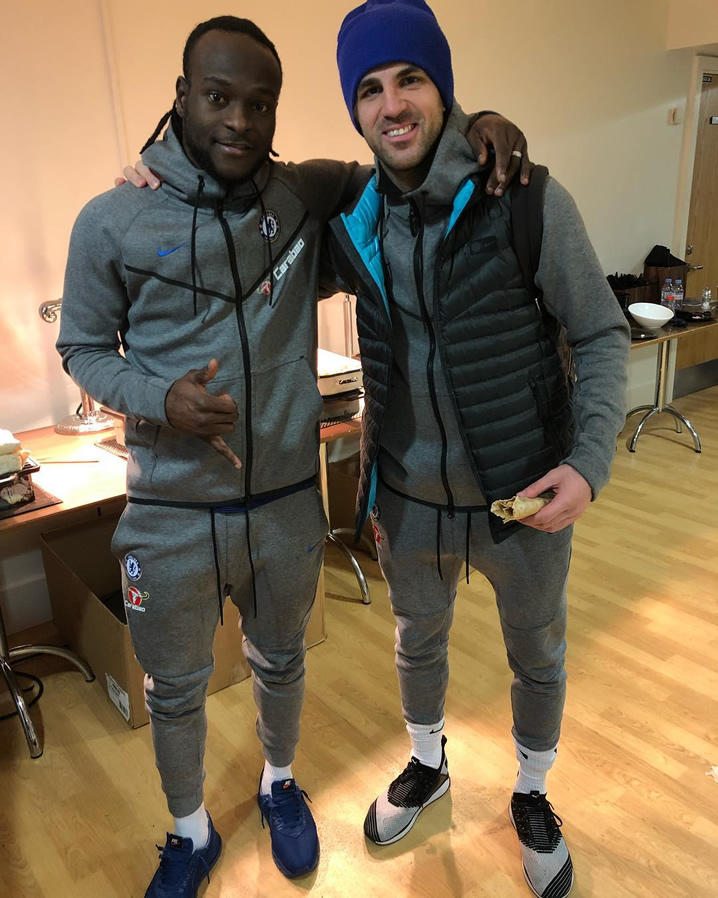 Cesc Fabregas sent a cheeky message to Victor Moses after the Nigerian helped to fire Chelsea FC to a 3-0 victory over West Brom in the Premier League on Monday night.

The Spanish midfielder set up Moses for Chelsea FC’s second goal at Stamford Bridge, either side of Eden Hazard’s two strikes in west London.

The victory was a welcome one for Chelsea FC, who had lost their previous two Premier League games to leave their top four hopes in doubt.

And Fabregas was delighted to see Moses finally finish off one his passes and help Antonio Conte’s men return to winning ways in the Premier League against Baggies.

Fabregas posted the picture above of the duo after after game on his personal Instagram account and wrote the caption: “Loving my boy @victormoses when he finishes off my Assist! #finally 😉😜.”

Both players will be hoping to feature for Chelsea FC when the Blues return to FA Cup action on Friday night with a home clash against Hull City in the fifth round.

Chelsea FC then have the small matter of their crunch Champions League last 16 clash against FC Barcelona next week.

The west London side are currently in fourth place in the Premier League table as they chase a top-four finish in Conte’s second campaign in charge.