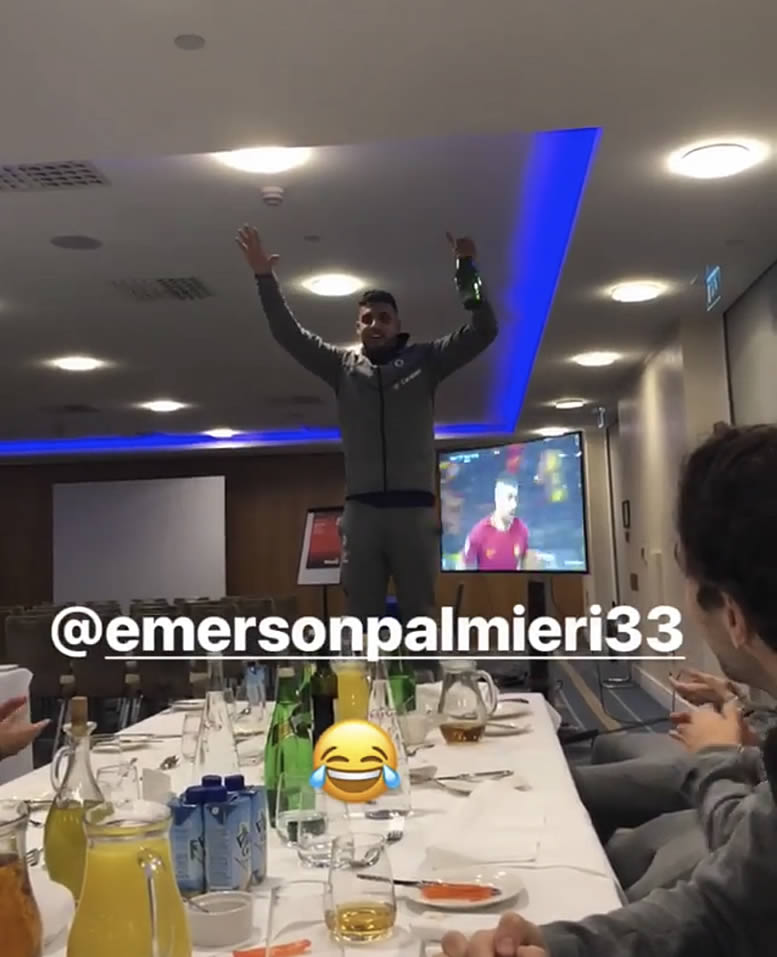 Emerson Palmieri seems to have made himself at home at Chelsea FC since his transfer to the west London club from Roma in the January window.

The Brazilian defender signed for the Blues in January after having been heavily linked with a move to the west London side.

Emerson will be hoping to force his way into the first team at Stamford Bridge between now and the end of the season as he bids to help the Blues finish the campaign on a high.

And it seems that the 23-year-old defender has already been accepted by his new team-mates after he took part in the traditional initiation of signing in front of the squad over the weekend.

Willian captured a video of Emerson’s initiation on his personal Instagram story and posted it for all of his followers to see.

Meanwhile, Chelsea FC are now switching their attentions back towards FA Cup affairs and their fifth-round clash against Hull City at Stamford Bridge on Friday night.

The Blues are aiming to go one step further in the competition this season after they finished as runners-up to Arsenal last term, losing 2-1 in the final at Wembley back in May.