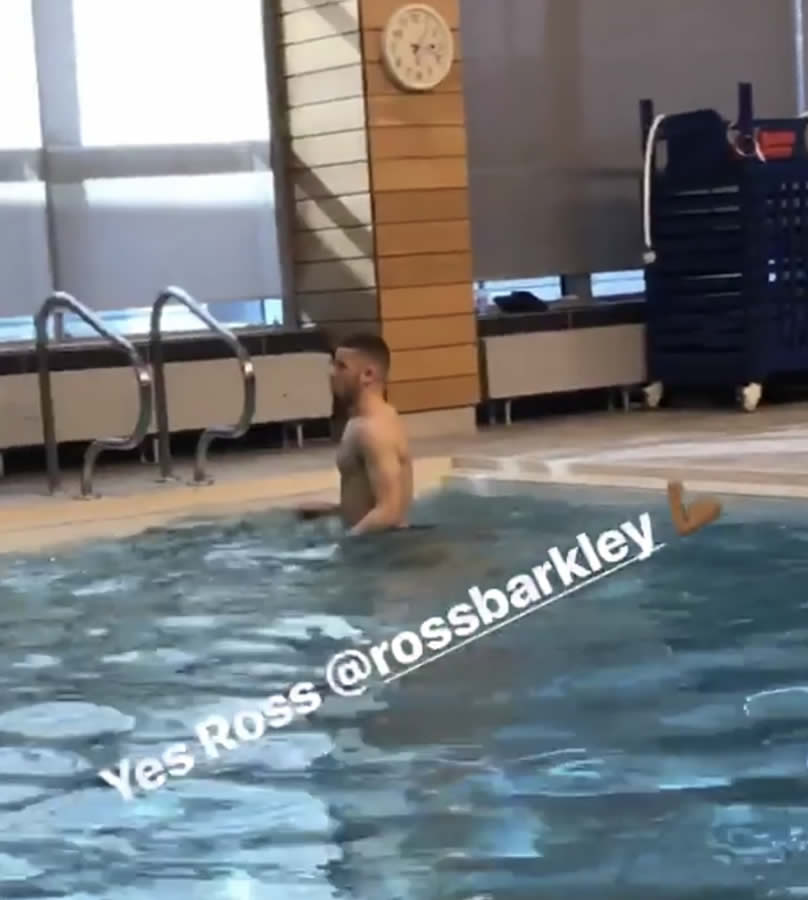 Tiemoue Bakayoko was clearly pleased to see Ross Barkley on the road to recovery as he snapped a picture of the Chelsea signing in action at Cobham ahead of Sunday’s trip to Manchester United.

The England midfielder has been getting used to life at Stamford Bridge since signing for the west London side from Everton last month.

Barkley has made three appearances for Chelsea FC since his switch to the club, but he picked up a hamstring injury in training at the start of February and he has not featured since the 3-0 loss to Bournemouth at the end of January.

Barkley will be hoping to prove his fitness as soon as possible as Chelsea FC prepare for the crunch closing months of the season.

And fellow midfielder Bakayoko was clearly pleased to see the 24-year-old continue his recovery in the pool at Cobham this week.

Bakayoko posted the picture above on his personal Instagram story as he offered the former Toffees star some encouragement on his road back to full fitness.

Chelsea FC are currently preparing for their crunch Premier League showdown against Manchester United at Old Trafford on Sunday afternoon.

The Blues head into the game on the back of their 1-1 draw with FC Barcelona in the Champions League on Tuesday night.