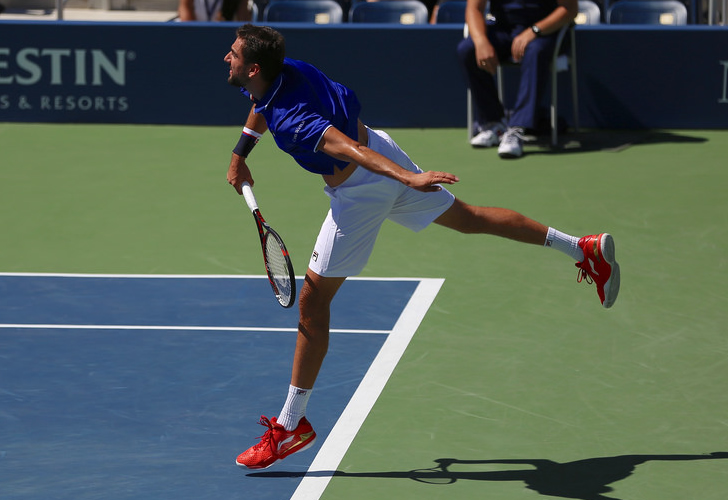 The first matches to be played by Marin Cilic after reaching a career-high No3 ranking this week will earn him no points at all.

The Croat, who reached his first Australian Open final just days ago, losing the thrilling five-set title match to Roger Federer on Sunday evening, has wasted no time in returning to Croatia to spearhead his nation’s campaign to score his own Davis Cup crown.

Cilic came desperately close in 2016, thwarted eventually by Juan Martin del Potro and Argentina, but his commitment has not wavered since he first joined Croatia’s squad in his first full pro year on the tour in 2006.

As he embarks on the 2018 road, he counts 49 matches played, 33 won, and while Croatia is seeded just fourth after winning their World Group Playoff last autumn—Cilic won all three matches he played—the draw looks favourable: First up Canada, then either Switzerland or Kazakhstan. Cilic may not enjoy the clay that his captain has chosen, but his 21-year-old compatriot Borna Coric probably will.

Cilic may face the toughest timescale for recovery from Melbourne, but he is not the only big name backing his team this weekend. Another player who has come close to winning the Davis Cup title in recent years is world No7 David Goffin, who has put in such sterling efforts to carry Belgium to two finals in the last three years.

However, Goffin, like No4 Alexander Zverev, did not make the second week at the Australian Open, so has had more time to prep for Davis Cup. But Zverev’s German team has a formidable challenge, back in Brisbane, back on Australia’s hot, hard courts, and against a charismatic line-up that includes Nick Kyrgios and young Alex de Minaur, who reached the semi-finals in Brisbane before a runner-up finish in Sydney.

Heavyweight France and Spain the teams to beat

However once again, it is the 2017 champion, France, that boasts one of the most formidable squads, with top-20 players Lucas Pouille and Jo-Wilfried Tsonga plus the in-form Richard Gasquet and one of the finest doubles pairings in the world, Herbert and Mahut. France also enjoys home advantage, as does the other heavyweight in Round 1, Spain.

It is Great Britain’s misfortune to draw a Spanish squad on home clay—a giant hurdle at the best of times. For even without the injured Rafael Nadal, five of their nominees—and squads may contain five players for the first time this year—are in the top 40, led by No10 Pablo Carreno Busta, No21 Albert Ramos-Vinolas, and No23 Roberto Bautista Agut. Add in veterans David Ferrer and Feliciano Lopez, and this is the team to beat at the weekend.

There is still no guarantee that GB will field its new world No26 Kyle Edmund. With Andy Murray absent from the tour following hip surgery, Edmund has stolen the headlines in the British media with his first-ever semi-final run at a Major. Unseeded, he beat No12 Kevin Anderson and No3 Grigor Dimitrov in a string of long and arduous battles, but he finally succumbed to Cilic and a hip injury in the semis.

So it has been a big ask for Edmund to get fully fit for Spain’s clay, even though it is a surface that he likes. He is backed by No114, 22-year-old Cameron Norrie and No165 Liam Broady, plus Jamie Murray and Dom Inglot, in this uphill challenge.