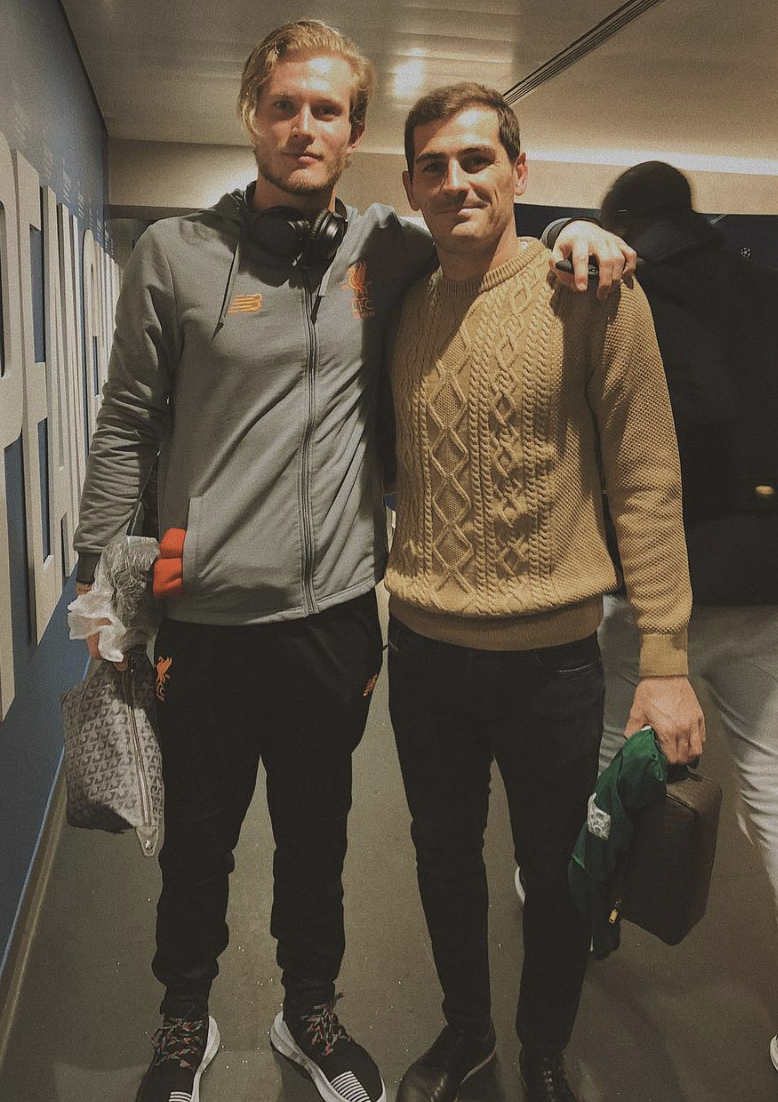 Loris Karius posed for a snap with Iker Casillas at Estadio do Dragao after Liverpool FC were 5-0 winners at Porto in the Champions League on Wednesday night.

The Reds eased to a resounding victory in the first leg of their last-16 clash to leave the Merseyside outfit on the brink of a place in the quarter-final draw.

Karius had a relatively quiet 90 minutes aside from an early scare as goals from Sadio Mane, Mohamed Salah and Roberto Firmino sealed a resounding win.

Casillas watched Porto’s humiliating loss from the bench as the Portuguese side’s goalkeeper Jose Sa made a mistake for Mane’s opening goal.

The German goalkeeper has managed to usurp Simon Mignolet as Jurgen Klopp’s first-choice goalkeeper in recent months following an uncertain start to his Anfield career.

Indeed, Karius has struggled to convince as Liverpool FC number one since his £4.7m move to the Anfield outfit from Bundesliga club Mainz 05 in 2016.

Given the poor performances of Karius and Mignolet, Liverpool FC were linked with a potential swoop to sign Casillas from Porto in 2017.

A transfer failed to materialise, although the Reds are now being linked with a move to bring in AS Roma shot stopper Alisson.

Karius was clearly delighted to meet the Real Madrid and Spanish legend after Wednesday night’s 5-0 win against Porto.

The Liverpool FC number one goalkeeper wrote: “Great talking to one of the best goalkeepers of all time after last nights game👐🏼⚽️ @ikercasillas #LK1”