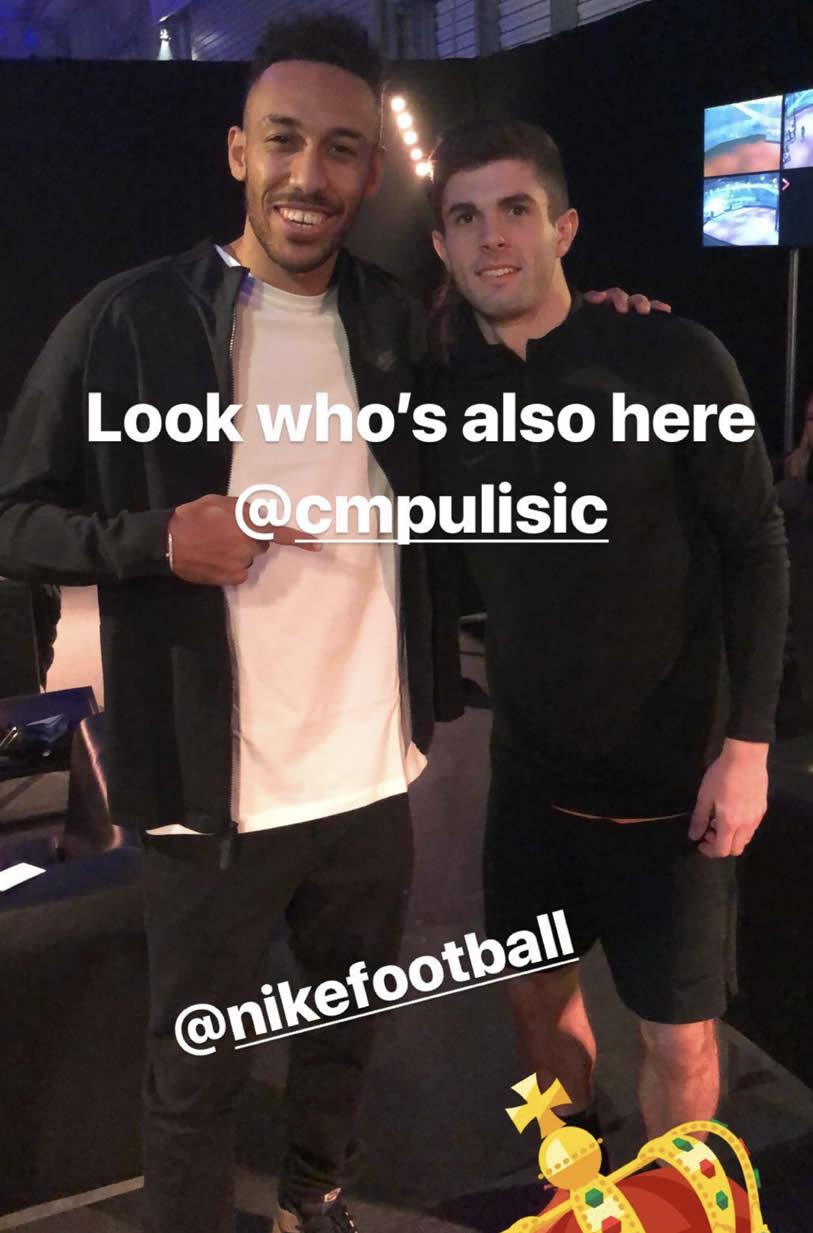 Pierre-Emerick Aubameyang was all smiles as he caught up with reported Manchester United and Liverpool FC transfer target Christian Pulisic this week.

The 19-year-old USA international has been touted as a target for both of the Premier League clubs in recent days as both Jose Mourinho and Jurgen Klopp ponder their transfer plans for the summer.

It remains to be seen whether either of the Premier League giants will be able to convince Pulisic to leave Borussia Dortmund and sign for them in the summer transfer window.

Pulisic has been in good form this season and has scored three goals and made two assists in 19 Bundesliga games so far this term.

Aubameyang knows Pulisic well, having played with him at Dortmund in recent seasons before his transfer to Arsenal last week.

And the pair looked to be pleased to catch up once again as they both attended a sponsor event with Nike in London on Wednesday night.

The 28-year-old Gabon striker will be expecting to start for Arsenal when the Gunners return to Premier League action on Saturday lunchtime with a crunch clash against Tottenham Hotspur at Wembley.

Aubameyang scored his first goal for Arsenal in the 5-1 thrashing of Everton last week.

Brazilian hints at exit from club amid Man United link