Alexis Sanchez has expressed his gratitude to Manchester United supporters after a banner dedicated to the January signing and his dogs was unfurled at Old Trafford on Saturday.

The Red Devils signed the Chile international in a swap deal with Arsenal last month as Armenia international Henrikh Mkhitaryan completed a switch to Arsenal.

Sanchez made two assists on his Manchester United debut in a 4-0 win over League Two outfit Yeovil Town in the FA Cup fourth round last month.

The South American made his home debut in Manchester United’s 2-0 win over Huddersfield Town at Old Trafford.

Sanchez scored his first Premier League goal for his new club from the penalty spot in the second half to help seal three points.

The January signing has earned a reputation as a big lover since his move to England in 2014 given his incessant photos of his Golden Retrievers Atom and Humber on social media.

While Manchester United banners have tended to depict club legends at Old Trafford, the Red Devils fans paid homage to Sanchez and his canine friends on Saturday.

Writing on his dogs’ Instagram account, Sanchez posted the above snap and dedicated a message to his new fans. 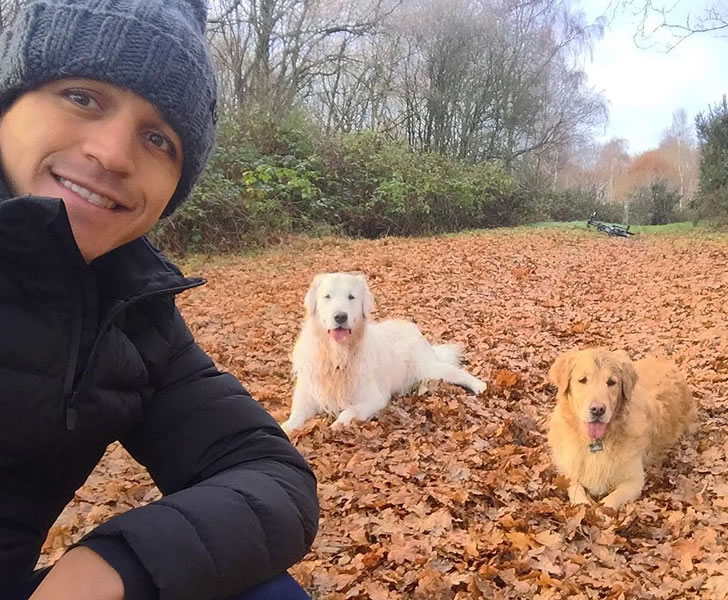 Manchester United are in second place in the Premier League table.